Meet the Actress Who Joins Dwayne Johnson in Jumanji Sequel

Actors Dwayne Johnson, Kevin Hart and Jack Black are also part of the movie, which is to be directed by Jake Kasdan 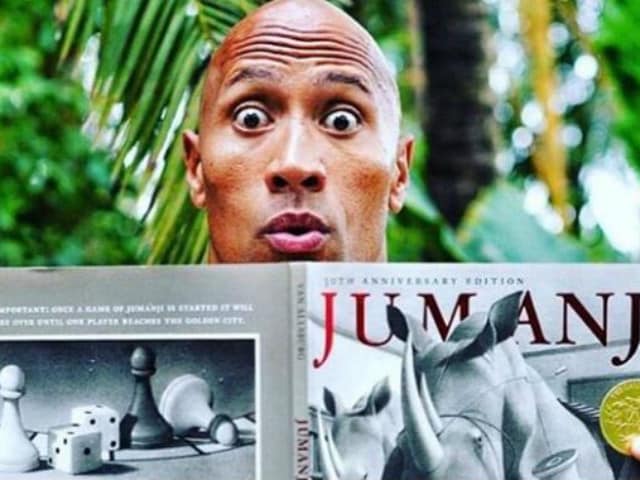 Actress Karen Gillan has been roped in as the female lead in the upcoming Jumanji film.
Actors Dwayne Johnson, Kevin Hart and Jack Black are also part of the movie, which is to be directed by Jake Kasdan. It is an adaptation of the 1981 children's book of the same name, reports variety.com.
The plot of the film has been kept under wraps.
The 1995 Jumanji movie starred Robin Williams, Kirsten Dunst, David Alan Grier, Bonnie Hunt, Jonathan Hyde, and Bebe Neuwirth. The story centred around a 12-year-old boy who gets trapped in a board game in 1969 only to be released 26 years later.
"The number one component that's been my driving force has been the opportunity to introduce Jumanji to a whole new generation. But in that spirit, we want to create a continuing story that feels fresh, cool and global. Create something that's hopefully four quadrants in today's market for the fans," the Rock said.
Dwayne also clarified that the new Jumanji would be a continuation of the classic movie and not a reboot. The film would also try its best to honour the memory of Robin Williams.
"We added more characters to our story. Now there's five heroes who all bring their own 'strengths and weaknesses' to the game. Of course we have our main antagonist and his bad guys and a fun 'neutral' character as well," he said.
"One of the best elements from the original and one that we can build on is the animals of Jumanji. That was a such a dangerously fun element of the original movie and of course we had to carry on that tradition. Also, our continuation story (20 years later) allows us to recognize and pay homage to Robin Williams' legacy in Jumanji. The character of Alan Parish will be immortalized in our movie. That's what a sequel allows us to do, as well as explore a whole new Jumanji universe," he added.
Produced by Matt Tolmach and William Teitler, the script of the film has been written by Scott Rosenberg and Jeff Pinkner, based on a draft by the original writers, Chris McKenna and Erik Sommers.
The sequel is set to release on July 28 next year.