Meryl Streep: I thought I was too ugly to be an actress 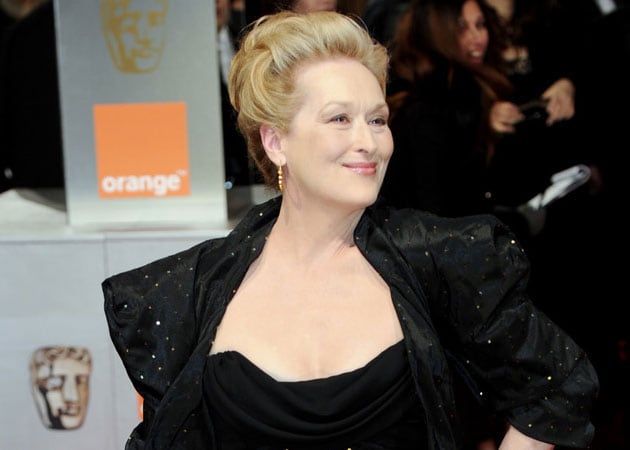 Meryl has 18 Oscar nominations to her credit, the most for any actor or actress in Hollywood

Hollywood actress Meryl Streep says that at the start of her career, she thought her looks weren't good enough to make her a success in the industry.
Apart from winning three Academy awards, Meryl, 64, is also the most Oscar nominated actor in Hollywood with 18 nominations to her credit. (Also read: Meryl even put her health on the line for movies)
"I was always in plays, but I thought it was vain to be an actress. Plus, I thought I was too ugly to be an actress. Glasses weren't fabulous then. Many of my friends woke up at 3 years of age and said, 'I have to be on stage'," Streep told E!Online.
"I never had that. I have always been an omnivore, interested in way too many things, but (finally) I found the one profession that fed all my appetites," she added.
Streep, one if the rare actresses over 50 being cast in lead roles, said, "When I was 40, I was offered three witches (roles) in one summer. And I thought, 'OK, this is it. You turn 40, and oh my god.' The only reason I have a career at 64 is that I have had hits later in life. I have found that once certain movies are out, audiences aren't so age-phobic. They were willing, and they were happy," she added.