American socialite Florence craved fame as a diva but instead gained notoriety for her terrible singing voice. "Somehow I pulled it off," the 67-year-old said of playing the character 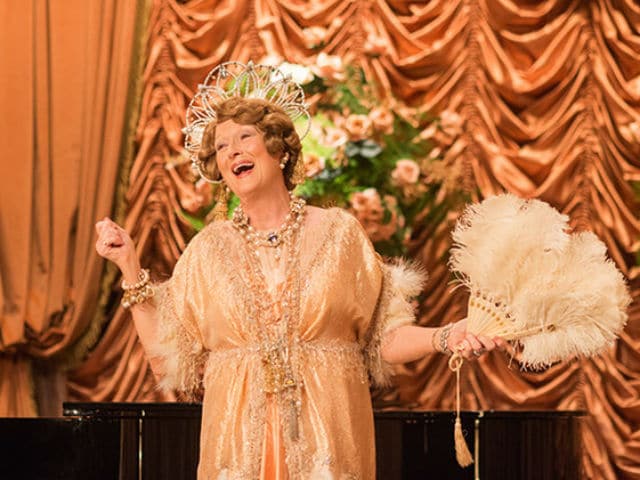 Oscar-winner Meryl Streep had to learn how to "screw around" with songs when she played a tone-deaf socialite, she told reporters in Japan on Monday.
Meryl, whose latest work Florence Foster Jenkins opens the Tokyo International Film Festival, has an enviable musical pedigree, but had to tamp down her skills when she took on the lead role.
"I did try to learn how to sing these arias properly, so I got a very, very good, true opera coach and he taught me the arias correctly," Meryl told journalists.
"And then in the last two weeks of a two-month preparation, we just, what's the nice word, screwed around with them," she said.
"Somehow I pulled it off," the 67-year-old said of playing Florence Foster Jenkins.
American socialite Florence craved fame as a diva but instead gained notoriety for her terrible singing voice.
The strained warbling of her latest film is a far cry from the musical talents Meryl showed off in Mamma Mia! in 2008 and Into the Woods in 2014.
The 29th edition of the Tokyo International Film Festival will screen 16 films in competition chosen from some 1,500 works sent in from 96 countries and regions.