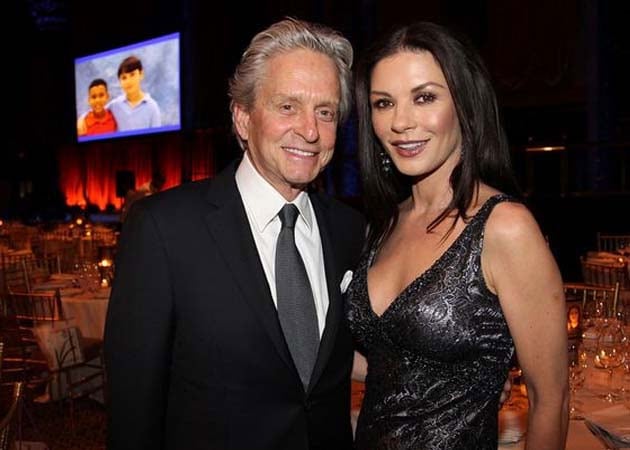 The couple had confirmed in May that they were taking some time apart to evaluate and work on their marriage.

Actress Catherine Zeta-Jones and her estranged husband Michael Douglas will reportedly reunite next month for Thanksgiving in the US.

Actress Catherine Zeta-Jones and her estranged husband Michael Douglas will reportedly reunite next month for Thanksgiving in the US.
Zeta-Jones and Douglas, who confirmed in May this year that they "are taking some time apart to evaluate and work on their marriage", are hoping to spend several days together with their two children at their New York mansion.
The duo have not filed for divorce and are still wearing their wedding rings, reported Daily Mirror.
The veteran actor has earlier insisted that the pair needed a break, which he felt would work out for the best and "everything would be great."
The couple ducked walking the recent Emmys red carpet together, where Douglas won the best actor gong for his Liberace portrayal on Behind The Candelabra.
After winning his honour, he even paid tribute to Zeta-Jones in his victory speech.
"Catherine is great. She is doing wonderful, talked to her today and just got a lovely note from her. I'm very hopeful that we're going to work things out. As I said we're just taking a break, a couple issues, sometimes you gotta do that," he said.