Mind the Age Gap: Charlize Theron on How Hollywood Treats Women Over 40

When we celebrate then-48-year-old Sridevi's triumphant return to screen in 2012 film English Vinglish, it's important to keep in mind that there's not the ghost of a chance that she will now be considered as a heroine for Salman, with whom she made films like Chandramukhi 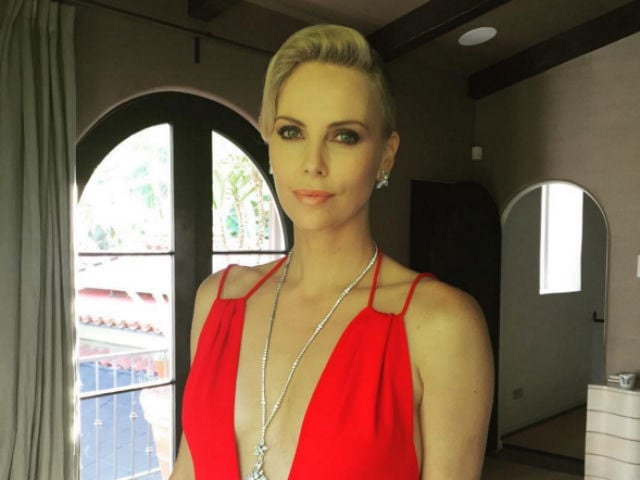 Hollywood star Charlize Theron has addressed the problematic issue of age that film industries on both sides of the globe seem unwilling to acknowledge. In an interview to GQ, Ms Theron, 40, says the pressure to look a certain way for older women is unreal and that this is a defect in society rather than Hollywood.
"We live in a society where women wilt and men age like fine wine. And, for a long time, women accepted it. We were waiting for society to change, but now we're taking leadership. It would be a lie to say there is less worry for women as they get older than there is for men... It feels there's this unrealistic standard of what a woman is supposed to look like when she's over 40," Charlize Theron told GQ.
The actress also said that roles with serious worth go to actors who look a certain way and that here, beauty is a disadvantage. "Jobs with real gravitas go to people who are physically right for them and that's the end of the story," she said, "when meaty roles come through, I've been in the room and pretty people get turned away first." She should know - she won her Best Actress Oscar some 10 years ago after putting on 15 kilos, shaving her eyebrows and wearing prosthetics to play serial killer Aileen Wuornos in Monster. Her most recent film, Mad Max: Fury Road, was praised as a win for feminism but Ms Theron had to give an arm and her hair (on screen, quite literally) to play the lead character of Imperator Furiosa. Her forehead was blacked across for good measure. Can't be pretty and play the gritty general of a deranged leader in a post-apocalyptic world.
In our neck of the 'woods, Charlize Theron's comments on age will, or should, touch a nerve. Work-in-progress films star actors with massive age gaps between them. There is almost 28 years between Shah Rukh Khan, 50, and 23-year-old Alia Bhatt, starring in director Gauri Shinde's next film. Rajinikanth, 65, is 35 years older than his Kabali heroine Radhika Apte, 30. It's unlikely that these actors have been cast as fathers and daughters.
When Gauri Shinde's film was announced last year, headlines in the press screamed 'SRK to romance Alia.' This was, of course, pure conjecture based on the assumption that the male and female leads in a Bollywood film should automatically be cast as each other's love interest. It's entirely possible that Gauri's actors will share a non-creepy relationship but, pending further revelations, let's not forget that SRK has already officially turned 40 onscreen in Chennai Express and so can hardly pretend otherwise.
This is a good time to return to Hollywood actress Maggie Gyllenhaal's being rejected as the love interest of a 55-year-old actor in a film. "I'm 37 and I was told recently I was too old to play the lover of a man who was 55. It was astonishing to me. It made me feel bad, and then it made me feel angry, and then it made me laugh," she said last June in an interview to The Wrap. This, in a Hollywood currently roiling with several campaigns against red carpet sexism and unequal salaries. (Also Read: At 37, Actress is 'Too Old' For Hero, 55. And This is Not Even Bollywood)
Last year, Bollywood's trifecta of Khans officially crossed over into middle-age - Aamir turned 50 in March, Shah Rukh and Salman followed suit in November and December. Of course we celebrated, not just the fact that they can still pass for a carefully unspecified age in most films but also that they still command box office crores like no other actor. (Also Read: Shah Rukh and Alia's 28-Year Gap: Age, the Dirtiest Word in Bollywood)
Hitting a half-century not out doesn't mean, however, that the Khans' heroines get any older than they used to be. SRK starred opposite Kajol, 41, in Dilwale and 43-year-old Sakshi Tanwar has been cast opposite Aamir in Dangal but these are blips - it's usually Deepika Padukone, Anushka Sharma and other marquee names 30 or under who are cast in films that star older heroes like the Khans, Akshay Kumar and Ajay Devgn.
When we celebrate then-48-year-old Sridevi's triumphant return to screen in 2012 film English Vinglish, it's important to keep in mind that there's not the ghost of a chance that she will now be considered as a heroine for Salman, with whom she made films like Chandramukhi and Chand Ka Tukdaa. Directors might conceivably now want her to play his mother (not that we imagine she ever will).
And because age is even less discussed in Bollywood than in Hollywood, there's little chance we'll get to hear from Sridevi, now 52, on the inequities of why the league of middle-aged heroes continues to flourish with nary a consideration for age-appropriate casting while the handful of 40-plus heroines - including herself, Aishwarya Rai Bachchan and precious few others - co-star with actors their own age: Sridevi's English Vinglish co-star Adil Hussain is exactly her age; Madhuri Dixit's last hero; 42-year-old Aishwarya's Jazbaa comrade Irrfan Khan is five years older at 47. For them, no twentysomething men to bridge the divide.
Mind the gap.