In many ways, Queen of Katwe is the Ugandan equivalent of Mira's Cannes Camera d'Or winner Salaam Bombay but for the infinitely more positive take on life that is at its heart 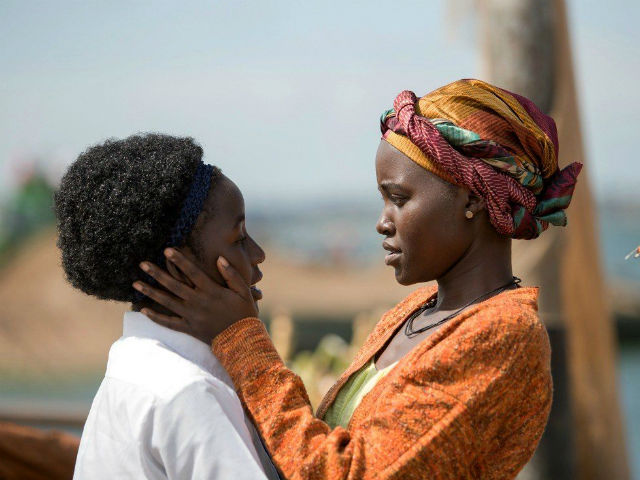 A still from Queen of Katwe

Mira Nair's latest opus, Queen of Katwe, produced by Walt Disney Pictures and ESPN Films, is as important a film as any that the much-feted Indian-born director has ever made.
The heart-warming and inspiring sports biopic makes the right moves from start to finish in bringing the incredible true story of Ugandan chess prodigy Phiona Mutesi to the big screen.
In both style and substance, the film is a perfect encapsulation of the spirit of its young protagonist and the rhythms of the hard life of the people of Katwe, an impoverished part of the Ugandan capital Kampala.
Queen of Katwe is Mira's first film that is set entirely in Uganda, which has been her home for over two and a half decades.
Back in 1991, a part of the critically acclaimed Mississippi Masala, top-lined by Denzel Washington, was filmed in the east African country.
A classic underdog tale, Queen of Katwe is a fine combination of controlled storytelling, emotional energy and magnificently calibrated performances from a cast led by David Oyelowo and Lupita Nyong'o.
Queen of Katwe, based on a 2012 book by sports journalist Tim Crothers, tells the story of a teenager from a Kampala shantytown who discovers chess under the tutelage of a remarkable talent-spotter. Her rapid progress in the game helps her turn her own and her mother's life around.
At its world premiere in the 41st Toronto International Film Festival, Queen of Katwe touched an instant chord with the audience, a sure sign that it should be in the mix as Oscar season approaches.
Not only did the uplifting tale of courage and tenacity leave the audience here feeling warm and fuzzy, it also underlined in no uncertain terms the power that 'diversity' can impart to American cinema.
Queen of Katwe is the first US studio film in a long, long while that has no Caucasian actors and tells a story set in a part of the world that rarely gets showcased on the big screen for global consumption.
In many ways, Queen of Katwe is the Ugandan equivalent of Mira's Cannes Camera d'Or winner Salaam Bombay but for the infinitely more positive take on life that is at its heart.
Hollywood star David Oyelowo, a British actor of Nigerian descent, plays Robert Katende, an engineer who sacrifices his career to help chess flourish in one of Uganda's worst urban slums.
Kenyan-raised Lupita Nyong'o, a known face both in Hollywood and Broadway, essays the role of Nakku Harriet, Phiona's spirited mother who keeps the family afloat in the face of heavy odds.
Ugandan dancer Madina Nalwanga makes a felicitous movie debut in the titular role.
Queen of Katwe opens with a tense Phiona Mutesi about to make her first move in the final of the Ugandan junior chess championship in 2011. It then jumps back to 2007, the year it all began for the innately gifted slum girl.
It isn't, however, an easy transition for Phiona. Doubts and misgivings are strewn all across her path.
Her prodigal elder sister tells her: "I don't think God cares about us one way or another." Her coach and guardian angel, in contrast, exhorts her to "follow your plans, you'll find your safe squares."
Phiona takes that advice to heart. An unlettered girl who sells maize in the local market to help her widowed mother feed a family of four, she takes time out to hone her skills.
Phiona learns to read in order to access books by chess legends and makes rapid strides towards the goal of becoming a master herself. "You belong where you believe you belong," his coach tells her.
Queen of Katwe has all the qualities of a crowd-puller but it is refreshingly free from the manipulative tics that often mar such rags-to-riches sagas. Even at its most exhilarating, it never loses its restraint. It works wonderfully well both as a human drama and a sports film.