"Divine is not that hard to play if you want to know the truth of the matter," said Morgan Freeman 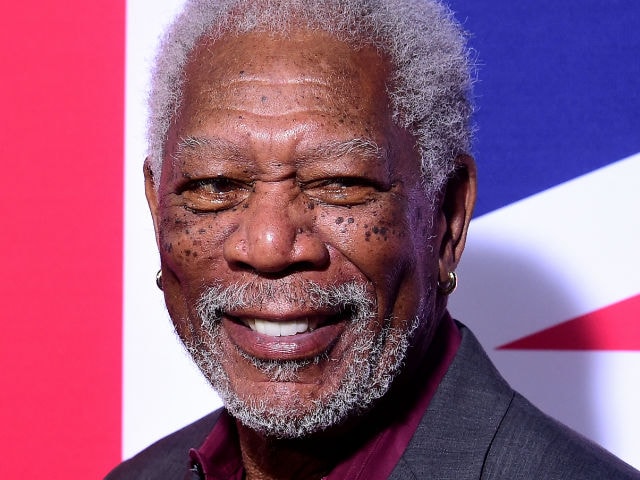 Morgan Freeman, the velvet-voiced doyen of some of America's best-loved movies, not to mention one of the suavest actors in the business, sometimes lets his cool crown slip.
The 79-year-old actor famously nodded off on camera during a sit-down with Seattle's Fox affiliate KCPQ in 2013 and was upbraided earlier this year for "drooling" over WGN producer Tyra Martin during a video interview.
On Monday it was a loud, gassy burp that elicited gales of shocked laughter from a handful of journalists gathered in a Beverly Hills hotel to hear Mr Freeman talk about his latest movie, Ben-Hur.
"Pardon me, I just had guacamole," the twice-divorced father-of-four said in his irresistible, pancake-syrup timbre, impish glint in his eye, looking anything but embarrassed.
Mr Freeman, the apotheosis of debonair Hollywood superstardom when he's not reliving his lunch, knows he can get away with a lot in interviews.
Since his inauspicious, uncredited debut as "man on street" in Sidney Lumet's 1964 movie The Pawnbroker, Mr Freeman's 79 films - one for every year - have made $4.3 billion at the box office.
That's more than the GDP of 10 African countries and about the same as the combined receipts of the films of Al Pacino and Robert De Niro.
He has been nominated five times for Academy Awards but had to wait until 2005 to bring home the Supporting Actor statuette for Million Dollar Baby.
Many critics believe he should have won Best Actor a decade earlier for his stunning turn as aging con Ellis Boyd "Red" Redding in The Shawshank Redemption, perhaps his most famous role.
Read The Freaking Script
Numerous other milestones in American cinema dot Mr Freeman's career, from David Fincher's brutal noir thriller Seven in 1995 and Christopher Nolan's Batman films to his acclaimed portrayal of Nelson Mandela in 2009's Invictus.
Next up is Ben-Hur, in which Mr Freeman swaps the white suit he donned to play God in Bruce Almighty and its sequel for an unkempt set of dreadlocks and the robes of a Nubian sheik.
The crowd on Monday wanted to know if he had any advice on playing divinity for the Brazilian actor Rodrigo Santoro, who portrays Jesus in the chariot-racing epic.
"Divine is not that hard to play if you want to know the truth of the matter," Mr Freeman confides.
"People say 'Well you've played God - how did you prepare for that?'" he said, affecting an exaggerated look of face-in-palm exasperation.
"Go to church, maybe? No. Read the freaking script, that's how you prepare," he said.
It is the same down-to-earth attitude Mr Freeman has adopted throughout his career, often perplexed when journalists ask him why he was drawn to this movie or that character.
"The bottom line is - it's a job. I heard this story. Maybe it's apocryphal but I don't think it is," he said.
"There's this old actor. The last night he was alive he went to bed and he wrote a note to himself: 'I work.' That's really what we do - we look for work. When you're as lucky as I am, every now and then something extraordinary comes your way," he said.
On God's Side
Jack Huston, who plays the titular Jewish prince turned chariot racer, is "goooood looking," Mr Freeman enthused, drawing out "good" the way one might elongate the "de" in "delicious" if eating fried chicken.
Timur Bekmambetov's version of Ben-Hur, the iconic story of brotherly rivalry and Christian redemption, has a lot to live up to.
There have been five films of Lew Wallace's 1880 novel, including William Wyler's 1959 opus which won 11 Oscars and wowed audiences with its chariot races.
Mr Freeman, who is on record as believing humanity "invented God," thinks an unashamedly religious film like Ben-Hur bears retelling.
"There's a lot of good stuff in this story that kind of informs us as humans - the idea of redemption, of tolerance, forgiveness, love. All of that makes us want to be better people," he says.
He may be agnostic, but Mr Freeman has a library of religious texts at home including the Koran and several Bibles, and has narrated several documentary series on faith.
A six-figure donor to Barack Obama's 2012 re-election campaign, Mr Freeman uses religious language when he talks about politics, voicing hope for a unified America even in an election year which has ignited racial tensions.
"This is America. That's what America means - hope," he told AFP, that famous twinkle back in his eye.
"We are always going to pull through. Eventually, we are always going to realize we really are, as a people, on God's side."
(Except for the headline, this story has not been edited by NDTV staff and is published from a syndicated feed.)