"I felt like it was the most dangerous film I've ever done because everyone knows what Jackie looked like, sounded like, walked like," said Natalie Portman on the sidelines of the Venice Film Festival 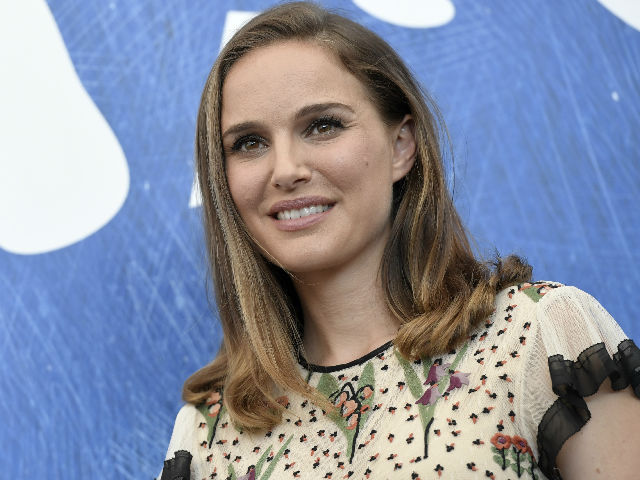 Natalie Portman on said Wednesday that portraying a grief-stricken Jacqueline Kennedy was her "most dangerous" film role, as the piercing bio-drama Jackie entered the race for the Venice Film Festival's prestigious Golden Lion.
Chilean filmmaker Pablo Larrain's first English-language feature is an intimate look at the woman who shaped her famous husband's legacy, offsetting public images and audio recordings with an exploration of Jackie's private side.
The glossy drama starts a week after John F Kennedy's 1963 murder in Dallas, as his new widow gives an interview with Theodore H White of Life magazine (played by Billy Crudup).
"I felt like it was the most dangerous film I've ever done because everyone knows what Jackie looked like, sounded like, walked like," Natalie told journalists at the world's oldest film festival.
Mr Larrain said they had drawn from the many biographies on the iconic first lady, as well as a source material gathered by historian Arthur Schlesinger, including recordings of Jackie chatting with her friends.
"The challenge was having someone so well known as Natalie, playing someone so well known as Jackie. But I think cinema is connected to the old magicians, with someone pulling a rope here or moving a light there. We created an illusion that talks of pain, loss and desire," he said.
Most Unknown of The Known
The film is non-chronological, moving back and forwards between the mourning Jackie determined to control every word the journalist writes, to the blood-splattered one, sitting next to her husband when he is shot dead.
We go from her recording a tour of the White House for CBS News (real-life footage from 1962 recreated down to the smallest detail here), to her swallowing down pills and alcohol as she struggles to manage her grief.
Through scenes with her priest, we learn of Jackie's struggle to mourn a man with roving eyes who she no longer slept with and whose death has left her fearing poverty, loneliness and social oblivion.
"You have all the records about everything, but a ton of things you will never know as it happens behind doors. Jackie was someone incredibly mysterious, the most unknown of the known people," Mr Larrain said.
"We tried to sneak a camera inside her private space, creating a fiction based on paradox, emotions and mystery," he said.
The film peaks with Jackie's strategy of painting a fairy-tale picture of JFK by using "Camelot" as a sobriquet for JFK and the Kennedy Administration, an epitaph which stuck.
Her analogy with the 1960 Lerner and Loewe musical, which appears in the film's soundtrack, elevates the Kennedy kingdom to the level of the one ruled by the legendary King Arthur.
Jackie managed "to create an illusion of royalty, gathering together a whole nation" for the spectacular state funeral, with America's elite and foreign dignitaries alike processing in the wake of the horse-drawn coffin.
"It's interesting because it's not something she got through a family name, through birthright. She was a queen without a throne," Mr Larrain said.
(This story has not been edited by NDTV staff and is auto-generated from a syndicated feed.)