Nicole Kidman on being Mrs Tom Cruise and why Brad, Angelina would understand 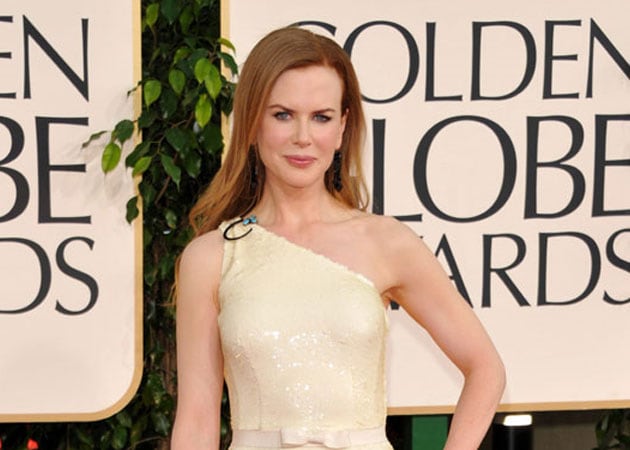 Hollywood actress Nicole Kidman has told American magazine Vanity Fair that "with no disrespect to what I had with Tom (Cruise), I've met my great love now."

Hollywood actress Nicole Kidman has told American magazine Vanity Fair that "with no disrespect to what I had with Tom (Cruise), I've met my great love now." She spoke of the extreme fame and adulation that came with being Mrs Tom Cruise saying "There is something about that sort of existence that, if you really focus on each other and you're in that bubble, it's very intoxicating, because it's just the two of you," adding that "Brad and Angelina have that."
In the cover story for Vanity Fair's December issue, the Moulin Rouge actress breaks a 12-year-long silence on her high-profile marriage to Mission: Impossible star Tom Cruise and equally high-profile divorce in 2001. Nicole and Tom met in 1989 while filming the movie Days Of Thunder and married on Christmas Eve the next year. Together, they adopted two children.
Nicole, who was 23 when she married Tom, offers youth as a reason why the relationship didn't work. "I was so young," she tells Vanity Fair, "I was a child, really, when I got married. And I needed to grow up."
Nicole also spoke about shooting author Virginia Woolf's suicide scene in The Hours (2002), in the aftermath of her divorce, and walking into a river with her pockets weighed down by stones over and over again. "I chose life," she says.
Nicole married country singer Keith Urban in 2006 and now lives in Nashville with their two daughters. She describes their marriage as "very, very peaceful," and says they are "incredibly connected as a family." Now, she says, she's always surprised to be recognised.