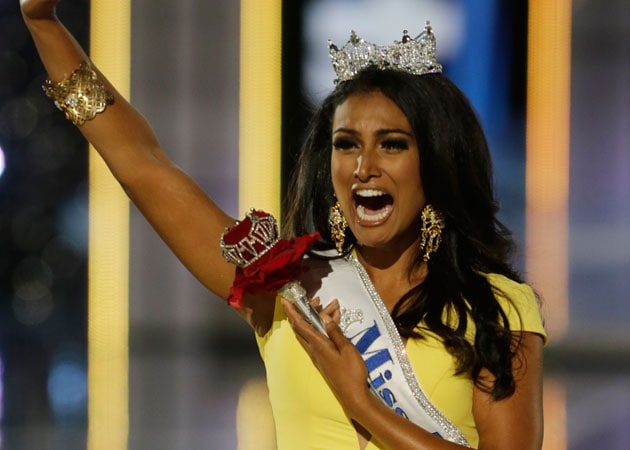 Nina Davuluri is a native of Syracuse

Twenty-four-year-old Nina Davuluri today became the first contestant of Indian heritage to win the Miss America pageant.
Nina, who aspires to become a physician like her father, will earn at least USD 50,000 in scholarships.
Davuluri's parents and sister, along with more than 30 other supporters, watched her compete in the live ABC television broadcast from Atlantic City, New Jersey.
Davuluri, in a canary-yellow evening gown, walked the runway after being named Miss America, waving and brushing away tears of joy.
Contestants were judged on evening gowns, lifestyle/fitness, talent, a personal interview and an on-stage question.
Davuluri was asked about the wisdom of TV anchor getting plastic surgery on her eyes to alter her appearance.
Davuluri said she's against plastic surgery, but said people should make their own choice and be confident in their appearances.
She showcased a classical Bollywood fusion dance piece as her talent.
Soon after being named Miss New York, Davuluri flew to Los Angeles to work with Nakul Dev Mahajan, a choreographer with the So You Think You Can Dance television show.
She also had formal training in Indian dance for the past 15 years, including summers in India.
Her message is "celebrating diversity through cultural competency," and Davuluri has said she's had to dispel a lot of misconceptions about her culture through the year, such as whether her parents will arrange a marriage for her.
Davuluri, who struggled with bulimia and weight problem, said she lost 60 pounds prior to becoming Miss New York.
Davuluri was born in Syracuse, but moved to Oklahoma at age four then to Michigan at 10.
Six years ago, her family moved to Fayetteville, where her dad is an obstetrician/gynaecologist affiliated with St Joseph's Hospital.
Davuluri's degree from the University of Michigan is in brain behaviour and cognitive science.
She plans to become a physician and says she would love to attend Upstate Medical University.
She says she's a 'Type A personality', and makes it a priority to stay organised every minute.