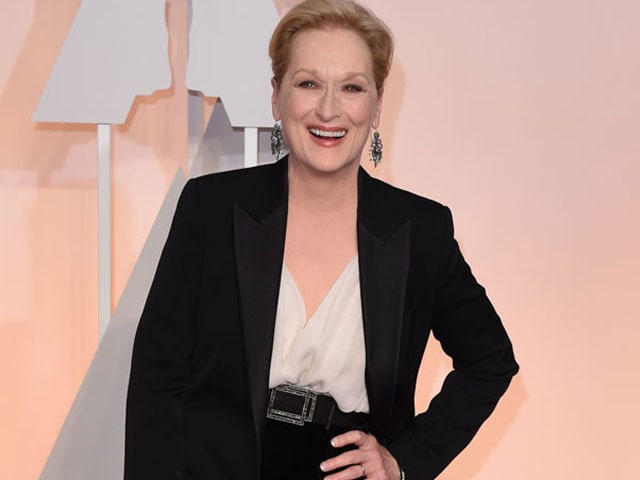 "I'm on the campaign now to get her nominated for best documentary," said Ms Streep, speaking of the film's director. "When I first saw [the film] I couldn't speak afterwards," she added

India's Daughter, a documentary based on the 2012 Delhi gang-rape, has opened in the United States to acclaim with Hollywood star Meryl Streep saying it deserves to win an Academy Award. The documentary was banned in India in March this year.
The 23-year-old medical student, who came to be known as "Nirbhaya" or fearless, was raped, tortured and killed by six men, including a 17-year-old, on a moving bus. She died 13 days later.
The documentary by British filmmaker Leslee Udwin includes interviews of Nirbhaya's parents, doctors, the police, lawyers and one of the rapists. It was aired by the BBC in the UK and other countries in March despite the ban in India.
The Oscar-winning actress, who introduced the documentary at its US theatrical release in New York City on Wednesday night, said it was worthy of the movie industry's highest honour.
"I'm on the campaign now to get her nominated for best documentary," said Ms Streep, speaking of the film's director. "When I first saw [the film] I couldn't speak afterwards," she added.
The film draws on extensive footage of an interview in jail with one of the attackers, Mukesh Singh, who has displayed an appalling lack of remorse blaming the woman for the rape. He has been sentenced to death but has appealed his verdict along with three other convicted assailants also on death row.
The movie will open in US theaters on October 23, promoter Christine Merser said. Screenings are also scheduled in a handful of countries from Iceland to China.
Ms Udwin said she had found hope in the outpouring of support following Nirbhaya's rape but was dismayed at the timid outcry after a four-year-old girl was raped and beaten with stones in New Delhi earlier this month.
"Why are people not out on the streets now?" she said.