Jackie Chan arrived in India on Monday to promote his upcoming film Kung Fu Yoga. During his visit, he met Salman Khan, Shilpa Shetty and promoted the film on The Kapil Sharma Show 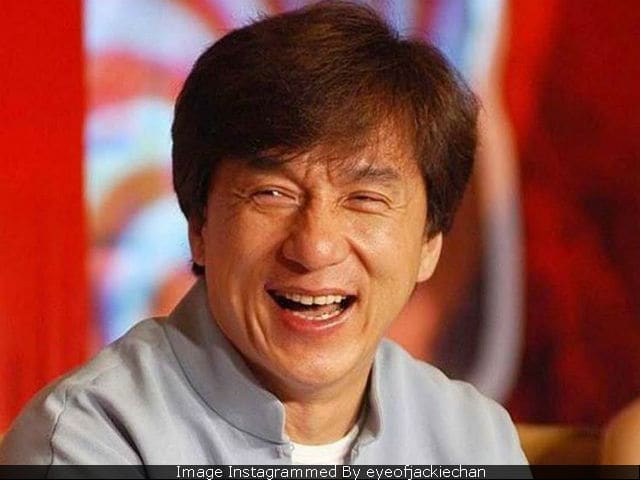 Jackie Chan said that he wants to work in Bollywood (Courtesy: eyeofjackiechan)

Hong Kong superstar Jackie Chan is in India to promote the Sino-Indian film Kung Fu Yoga, co-starring Sonu Sood, Disha Patani and Amyra Dastur. The 62-year-old actor, who arrived in India on Monday morning, welcomed by Sonu Sood at the Mumbai airport. During a press interaction, Jackie Chan expressed his desire to work in a Bollywood film. "I want to do a Bollywood film, is there any director to hire me? I do not want to do any action-comedy films. I am interested in doing romantic Indian films" told Jackie Chan to the press.
He also seemed to be impressed with the dancing skills of the Bollywood actors and said that it's the best in the world. "When I was 16, I watched Bollywood movies. I didn't understand the language and I went away after seeing the dance. But for the last 15 years, I watch Hindi films... Why? Because of the dancing, the movements are so good, probably the best in the world," quipped Jackie Chan.
The action star also met Salman Khan during his visit.

The actor along with Sonu Sood promoted Kung Fu Yoga on The Kapil Sharma Show. Both of them made an entry on a cycle, which was later auctioned for Rs 10 lakh. "Sonu and Jackie came on set on a humble bicycle. Sonu was on the rider's seat and Jackie on the pillion. In between the entertainment, Kapil Sharma took a moment to auction the cycle for a charity," news agency IANS quoted some sources from the show as saying. 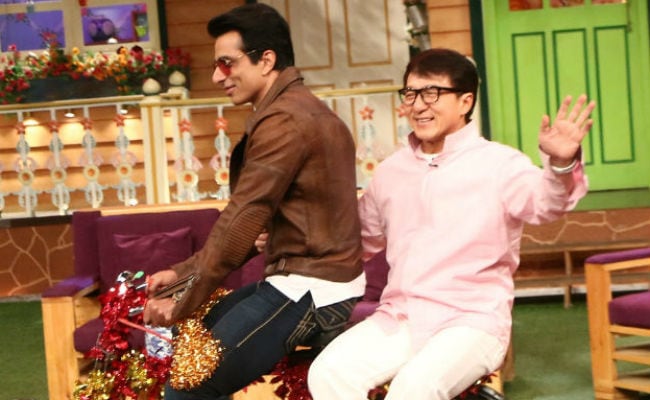 Jackie Chan and Sonu Sood on The Kapil Sharma Show

Jackie Chan was also visited by Shipa Shetty, who told the press that she is a big fan of the action star.

Kung Fu Yoga is part of the three-film agreement signed between India and China during Chinese President Xi Jinping's visit to India. Directed by Stanley Tong, the action-comedy film has been shot in India, Dubai and Beijing. The film releases in China on January 28 and in India on February 3.