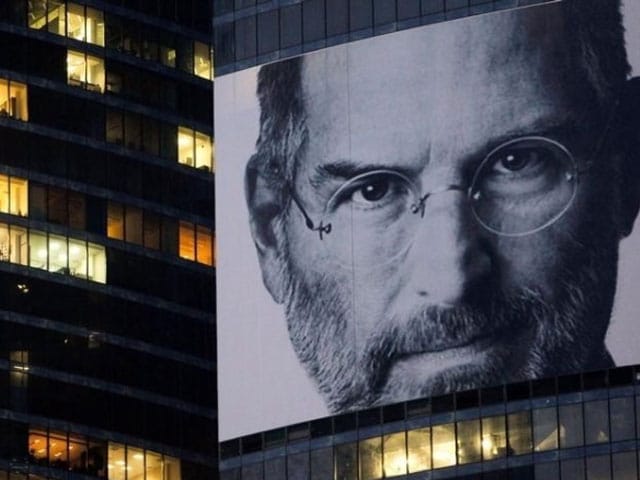 Initially Christian Bale was expected to play the part but he withdrew from the project.

The highly anticipated project has been plagued with casting and directing changes.

The upcoming movie about the co-founder of Apple, Steve Jobs, is expected to be one of the most anticipated biopics in recent memory, but the production's future is unknown as Sony Pictures have decided to pull out.

The highly anticipated project, which was been plagued with casting and directing changes, is based on Walter Isaacson's book and adapted into a screenplay by Aaron Sorkin that follows Mr Jobs preparing for three presentations throughout his life that were pivotal moments for himself and the technological company's success, reported Deadline.

Scott Rudin, Mark Gordon and Guymon Casady will be producing, and British filmmaker Danny Boyle is slated to direct the untitled film, which is expected to focus on the launches of Apple's original Macintosh computer (1984), NeXT Cube (1990), and original iPod (2001).

Other studios will now have the opportunity to bid for the rights to the production.

Universal Studios have deep interest in making the biopic with aiming for a release for next year's awards season. However, Sony may have dropped the film due to being unable to cast a leading man to play Mr Jobs.

Initially Christian Bale was expected to play the part but he withdrew at the start of this month. Michael Fassbender has most recently been linked to take on the leading role.

Furthermore, Seth Rogen is reportedly in discussions to portray the other co-founder Steve Wozniak, but no official casting announcement has yet been made. Neither Universal nor Sony have commented on the project as of yet.