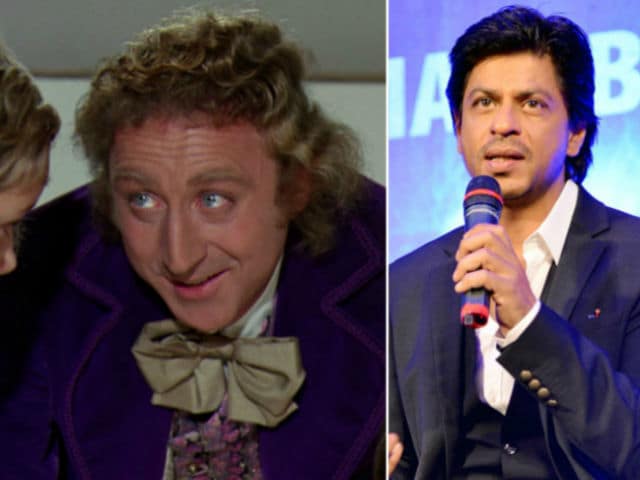 A still from Willy Wonka and the Chocolate Factory, a file photo of Shah Rukh Khan

Gene Wilder, actor-director and comedy legend, died on Monday after complications from Alzheimer's disease. As news of his death spread, tributes poured in on social media. Mr Wilder was noted for his classic comic performances as Willy Wonka in Willy Wonka and the Chocolate Factory, Dr Frankenstein in Young Frankenstein and 'The Waco Kid' in Blazing Saddles.
On Twitter, he was remembered fondly by Hollywood colleagues and celebrities from Bollywood. Mr Wilder's long-time friend and frequent collaborator, veteran actor-director Mel Brooks, led the tributes, writing this touching eulogy: "Gene Wilder - One of the truly great talents of our time. He blessed every film we did with his magic & he blessed me with his friendship." Many notable Hollywood stars including Billy Crystal, Stephen Fry and Ricky Gervais called him a 'true genius' for his time.
In India, Shah Rukh Khan remembered being inspired:


"My quiet exterior used to be a mask for hysteria." RIP Gene Wilder. My growing up inspiration. Ur tender yet 'wilder' eyes will be missed.


With sadness We say goodbye to a man who has made me roar with laughter in some of my fave movies. Love #genewilderhttps://t.co/5rHE4eD8hL


A genius I stole from constantly, and one I was humbled & thrilled to work with. RIP #GeneWilderpic.twitter.com/hCFyET1jji

Together again. RIP #GeneWilder true master of his craft https://t.co/iH4SwyXzFU

So sad that the inspiringly talented #GeneWilder has left us. He was one of the kindest souls I've ever met. pic.twitter.com/JoEUa2IS0s

This guy made me laugh a lot! Laughter is a gift. Thank you Gene. #genewilderhttps://t.co/1i5y9phFrJ

"Time is a precious thing. Never waste it" #GeneWilderpic.twitter.com/pLVX7ACs27

"We are the music makers and we are the dreamers of dreams" #genewilder#geniuspic.twitter.com/KkUeuG4i52

A man who lit up the world with his joy and genius. I can't say what it meant to act with him and get to know his heart. RIP #GeneWilder

#RIP#GeneWilder one of the great comic geniuses. U will be missed! pic.twitter.com/ZXEPITKCux