Oscar Trivia: 5 Things to Know About This Year's Nominees 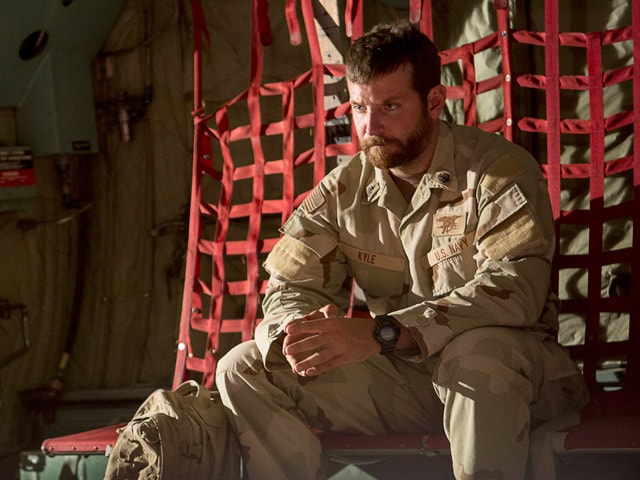 Bradley Cooper in a still from American Sniper.

TRIPLE THREAT:
Actor Bradley Cooper's nomination for his leading role in American Sniper is his third consecutive acting nod, following nominations for American Hustle in 2014 and Silver Linings Playbook in 2013. The previous performers to three-peat were Renee Zellweger (Bridget Jones' Diary, Chicago, Cold Mountain) and Russell Crowe (The Insider, Gladiator, A Beautiful Mind).
EIGHT IS ENOUGH:
For the first time since the academy expanded possible Best Picture nominees to 10 contenders in 2009, just eight films are up for the top prize in 2015. There were 10 contenders in 2009, 2010 and 2011, while nine films vied for the trophy in 2012, 2013 and 2014. The academy tweaked the rule in 2011 that films must receive a certain amount of first-place votes to receive best-picture consideration.
GOING FOR GOLD:
Into the Woods costume designer Colleen Atwood and Unbroken cinematographer Roger Deakins have the most nods in their respective categories for living folks. Colleen is at 11, while Roger has 12. However, both have a few ceremonies to go before topping late costume designer Edith Head (35 nominations) or cinematographers Charles B Lang Jr and Leon Shamroy (18 nods).
FIRST TIMERS:
In the acting categories, almost half of the nominees are up for their very first Academy Award, including Steve Carell (Foxcatcher), Benedict Cumberbatch (The Imitation Game), Michael Keaton and Emma Stone (Birdman), JK Simmons (Whiplash), Eddie Redmayne and Felicity Jones (The Theory of Everything), Rosamund Pike (Gone Girl) and Patricia Arquette (Boyhood).
11 SHADES OF GREY:
Ida is the 11th predominantly black-and-white film to be nominated for a cinematography award since 1967, when the separate black-and-white category was eliminated. Ida joins In Cold Blood, The Last Picture Show, Lenny, Raging Bull, Zelig, Schindler's List, The Man Who Wasn't There, Good Night, and Good Luck, The White Ribbon and The Artist.