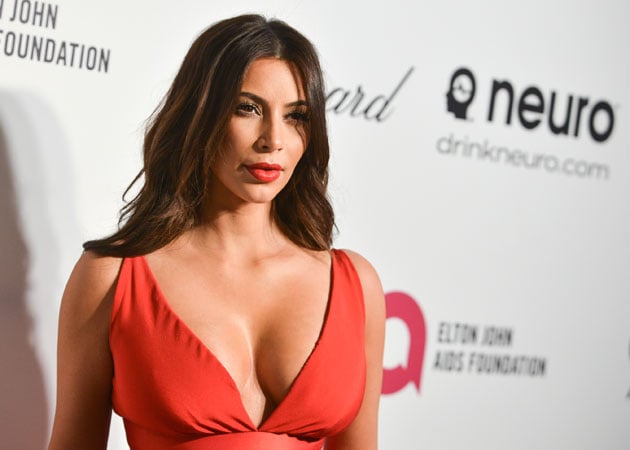 Kim Kardashian was among the celebrities present at the party: Image AP

The Academy Awards were on at Elton John AIDS Foundation's viewing dinner party, but the real entertainment came from the performances, celeb watching, and the surreal moments of the evening.

The Academy Awards were on at Elton John AIDS Foundation's viewing dinner party, but the real entertainment came from the performances, celeb watching, and the surreal moments of the evening.
Lady Gaga, members of the Kardashian clan (including new mom Kim), Steven Tyler, Britney Spears, Heidi Klum, Quincy Jones, Whoopi Goldberg and more were among the celebrities taking part in the 22nd annual event, which raises funds for those afflicted with HIV and AIDS.
The event was held in a cavernous tent a few miles away from where the actual awards were taking place. Huge screens adorned the venue as party-goers watched the Oscar action.
"If Pharrell Williams doesn't win best song, then I'm (expletive) going home early," John bellowed to the crowd after Williams performed his nominated song Happy (Williams didn't win, but thankfully for the crowd, the award was handed out late in the ceremony, making John's threat moot).
The crowd laughed with host DeGeneres and whooped when various winners took the stage (and let out a loud moan when a brief technical glitch knocked out the telecast for a few minutes).
But the night got more interesting when the broadcast ended and the party got into full swing. First there was an auction of key items; Neil Patrick Harris jokingly offered to make out with the top bidder (and go a bit further than that) for an item featuring tickets to his upcoming Broadway show, Hedwig and the Angry Inch.
Not to be outdone, Steven Tyler told a few bawdy jokes of his own as he helped to auction off five nights in his Hawaiian getaway, which raised $100,000.
Elton John also got in on the auction act, taking crowd requests and playing a few of his hits on a piano that was auctioned off for $220,000.
It seemed as if that brief instrumental performance would be the only one from John on the night. But late, he joined the night's performer, Grammy-nominated singer-songwriter Ed Sheeran, for a rendition of John's classic Candle in the Wind
The party didn't end there. Dinner was followed by dancing, as more celebrities came: Among those who were on hand included Olympic ice dancing gold medalists Meryl Davis and Charlie White, along with bronze boblsedder Aja Evans, all with their medals, holding up for medals for admirers to see -- and take selfies as well.
The evening raised $5.1 million for the foundation, according to organizers.