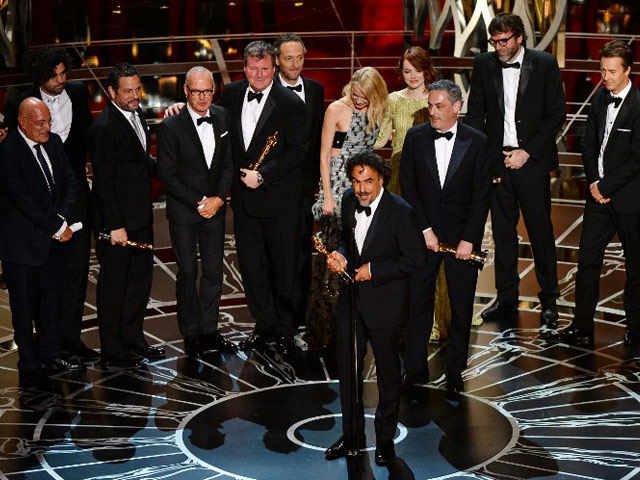 The Oscars have concluded with few nasty surprises, unless you count host Neil Patrick Harris walking onstage in just his underwear (like Michael Keaton in Birdman) and Boyhood's near-complete eclipse.

Eddie Redmayne predictably won Best Actor for playing Stephen Hawking in The Theory Of Everything and Julianne Moore, in a handmade Chanel dress, won Best Actress for her performance as an Alzheimer's patient in Still Alice.

For those who were rooting for Richard Linklater's 12-year labour of love Boyhood, there was disappointment. Patricia Arquette's Best Supporting Actress win was the film's only win of eight nominations.

The Grand Budapest Hotel won four of its eight nominations, including the Oscars for Production Design, Costume, Hair and Makeup and Original Score.

John Legend and Common collected the Best Original Song Oscar for Glory from Selma, which they also performed live.

Best Actor: Eddie Redmayne for The Theory of Everything

Best Actress in a Supporting Role: Patricia Arquette for Boyhood

Best Actor in a Supporting Role: JK Simmons for Whiplash