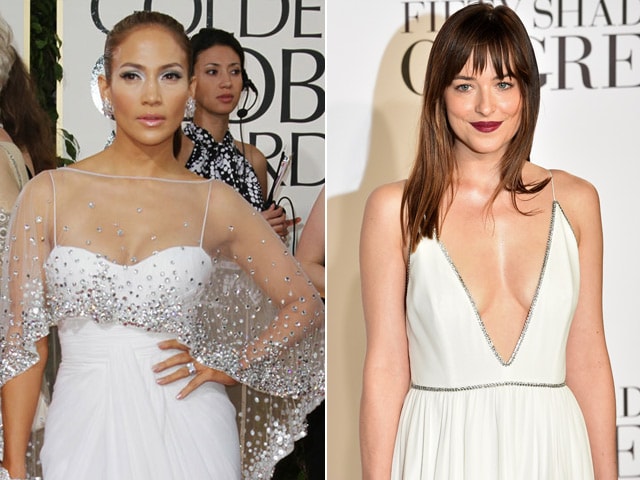 Oscars will be held on February 22. (Image courtesy: AFP)

Chiwetel, 37, received his first Oscars nomination last year for his lead performance in 12 Years a Slave. He previously appeared in films like Salt, American Gangster, Children of Men and Dirty Pretty Things. His upcoming films include Z for Zachariah and Triple Nine. (Also Read: Lady Gaga to Perform Special Tribute at Oscars)

His other film credits include Snowpiercer, Puncture, Sunshine and Fantastic Four. He will appear next in Avengers: Age of Ultron.

Dakota will star in Fifty Shades of Grey, which opens this month. The 25-year-old model-actress appeared in hits such as The Five-Year Engagement, 21 Jump Street and The Social Network. Johnson will next be seen in the upcoming films A Bigger Splash and Black Mass.(Also Read: Jennifer Aniston, David Oyelowo to Present at Oscars 2015)

Jennifer was recently seen in the thriller film The Boy Next Door.

Eddie received an Oscar nomination for his supporting role in the 2006 film Dreamgirls. Margot is best known for her breakthrough role in The Wolf of Wall Street and can next be seen starring in Warner Bros' Focus.