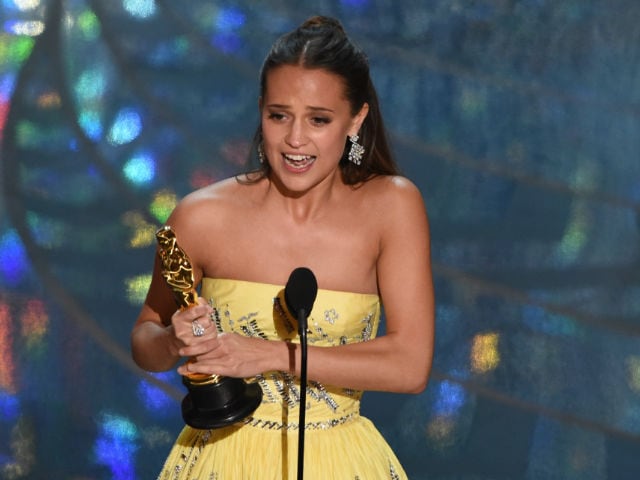 Alicia Vikander won the Oscar for Best Supporting Actress for her role in transgender love story The Danish Girl - the first acting honor handed out at the 88th Academy Awards.
Alicia beat fellow nominees Jennifer Jason Leigh (The Hateful Eight), Rooney Mara (Carol), Rachel McAdams (Spotlight) and Kate Winslet (Steve Jobs).
"This is insane. Wow. Thank you so much to the Academy for this incredible recognition," she said as she accepted the golden statuette. (Also Read - Oscars 2016: Complete List of Winners)
Paying tribute to the cast, crew and particularly her leading man Eddie Redmayne, she said: "Eddie, there you are. Thank you for being the best acting partner. I could have never done it without you. You raised my game."
Alicia made waves on the red carpet Sunday in a strapless pale yellow Louis Vuitton gown that had observers on Twitter comparing her to Belle in the Disney classic Beauty and the Beast.