Oscars 2017: "O captain! My captain! Denzel Washington, thank you for putting two entities in the driving seat - August and God. And they served you well," she said 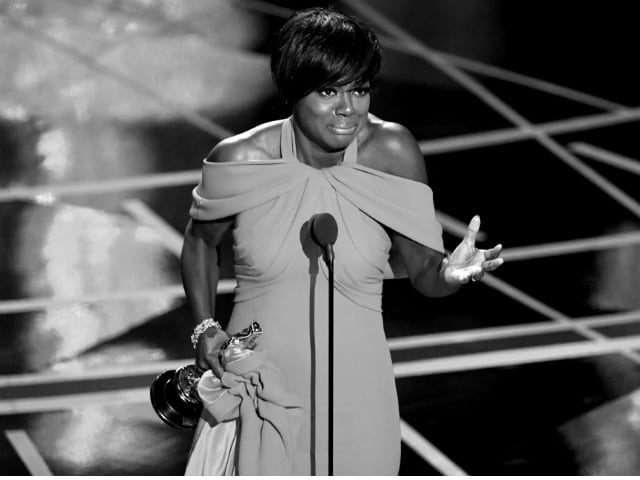 At the 89th Academy Awards, Viola Davis won the Best Supporting Actress Oscar, third time lucky, for her performance in Denzel Washington's Fences, which is a cinematic adaptation of August Wilson's 1986 play of the same name. The 51-year-old actress was also nominated at the Oscars in 2012 and 2009 for Best Actress for The Help and in the Best Supporting Actress category Doubt respectively. An overwhelmed Viola Davis delivered an emotional acceptance speech and thanked her Fences co-star Denzel Washington. "O captain! My captain! Denzel Washington, thank you for putting two entities in the driving seat - August and God. And they served you well," she said, partly quoting Walt Whitman, reported news agency AFP. Meanwhile, Mahershala Ali won the Best Supporting Actor award for his performance in Barry Jenkins's Moonlight.
Denzel Washington is also nominated in the Best Actor category for Fences. Viola Davis plays the character of a frustrated sanitation worker, set in Pittsburgh of the 1950s while Mr Washington featured as her husband, who once aspired of a successful career in baseball.
Viola Davis was nominated in the Best Supporting Actress category along with stars like Naomie Harris of Moonlight, Nicole Kidman of Lion, Octavia Spencer of Hidden Figures and Michelle Williams of Manchester By The Sea. This year, the Suicide Squad actor also won the Best Supporting Actress award at the Golden Globes.
Viola Davis starred in three films last year - Fences, Suicide Squad and Custody. She currently appears on popular TV show How to Get Away with Murder as Professor Annalise Keating. Ms Davis has also been part of TV series like The Andromeda Strain, Jesse Stone: Sea Change and Without a Trace and is best known for films like The Help, Doubt and Won't Back Down.
(With AFP inputs)