Oscars Done, Baywatch Next. Priyanka Chopra Makes a Run For it to Miami 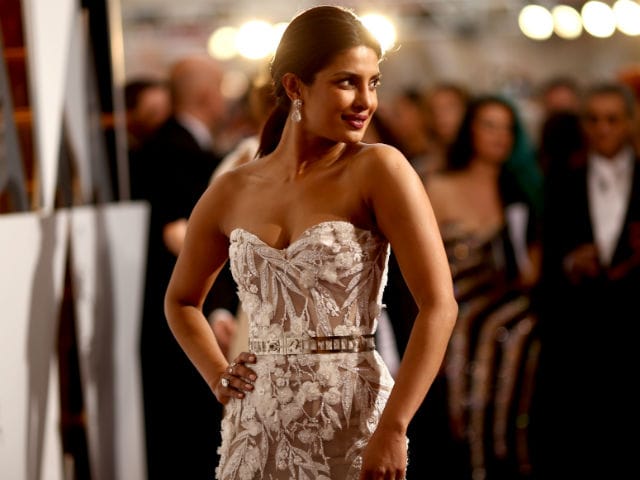 Priyanka Chopra, who was one of the presenters at the Oscars, is all set to shoot for her maiden Hollywood film Baywatch, which also stars Dwayne Johnson. "The whirlwind night is finally over. Running, literally to the airport. Miami here I come #Baywatch," Priyanka posted on Instagram

Priyanka Chopra went to the Oscars and had a ball but had to abbreviate the fun because duty called. The 33-year-old actress, who thinks nothing of pulling mammoth shifts that stretch over days, made an early exit from an after-party to fly to Miami, where she is to join the unit of her first Hollywood film, Baywatch.
Priyanka, who presented an award at the Oscars, posted a photo of herself making a dash for it. She had changed out of the lace Zuhair Murad that put her on most best-dressed lists into something more party-worthy:

And the whirlwind night is finally over. Running, literally to the airport. Miami here I come #Baywatch

The actress is all set to join actors Dwayne Johnson and Zac Efron in Miami to film Baywatch, in which she plays a negative role. (Also Read: Priyanka Chopra's Oscar Red Carpet Report Card, Marked by Twitter)
Despite having adieu to the starry extravaganza in Los Angeles early, it wasn't all work and no play for Priyanka. After calling it a night, she left a social media trail of breadcrumbs of her moments with other celebs. For starters, this is what Priyanka was upto backstage:

Backstage at the #Oscars with @priyankachoprapic.twitter.com/9CGBCMjS8K

Then there was a "gold confetti" moment with Pharrell Williams:

And the gold confetti comes down on us! What an evening! #Oscars @pharrell @anjulaacharia

And a meeting with Mindy Kaling:

Took this pic of my 2 fav ladies on TV!! @priyankachopra@mindykaling@QuanticoTVpic.twitter.com/52xz1JMd6o