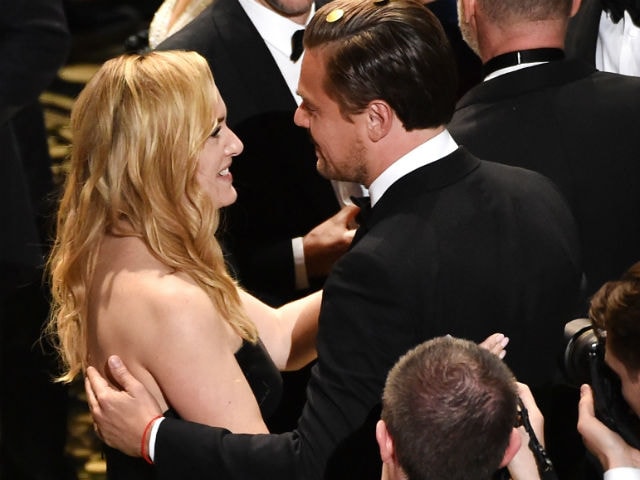 The show received generally favorable reviews from the critics, who reserved their most fulsome praise for host Chris Rock, who targeted the Academy with a series of caustic jokes about the Oscars' lack of racial diversity. The most tweeted about minute came as Leonardo DiCaprio's accepted his first ever Oscar

The ABC TV network said Monday 34.3 million Americans watched the 2016 Oscars, the lowest ratings in eight years for the glitzy culmination to Hollywood's annual awards season.
Despite headlines generated by a race row embroiling the 88th Academy Awards, the audience was six percent down on last year's 36.6 million in the same day "fast nationals" rating.
Civil rights leader Al Sharpton, who had called for viewers to "tune out" after no ethnic minority nominees were announced in the acting categories for the second year running, said the drop was "heartening."
"This is a significant decline and should send a message to the Academy and to movie studio heads," Mr Sharpton, who led a small protest in Hollywood on Sunday, said in a statement.
"Though clearly we don't take full credit for the decline, certainly one would have to assume we were effective and part of the decline. And to those that mocked the idea of a tune out, it seems the joke was on them," he said.
The show itself, though controversial, received generally favorable reviews from the critics, who reserved their most fulsome praise for host Chris Rock, who targeted the Academy with a series of caustic jokes about the Oscars' lack of racial diversity. (Also Read - Oscars: ASpotlight on the 16 Things You Missed)
Erik Davis, managing editor of film website Fandango, described the evening as "one of the most consistently entertaining Oscar shows in memory."
"Whether or not it was intentional, the show had a unifying theme, and every Chris Rock joke was a perfect riff on that theme," he said.
Rick Kissell, of film industry magazine Variety, attributed the lower numbers in part to best picture nominees not appealing to older audiences, and 2015's three biggest blockbusters, Star Wars: The Force Awakens, Jurassic World and The Avengers: Age of Ultron being largely absent from the nominations.
The viewership for half of the last 16 Oscars shows since 2000 has dipped below 40 million, with the Ellen DeGeneres-hosted 2014 edition attracting the largest audience of 43.7 million.
Jon Stewart's 2008 show, when the Coen brothers' No Country For Old Men took best picture, remains a low point at 32 million, while Chris Rock's last outing in 2005 managed an impressive 42.1 million.
ABC said in a statement this year's show had played well with adults aged 18 to 34, a key demographic for advertisers, rising one percentage point. (Also Read: Leonardo DiCaprio's Oscars Win Becomes Most Tweeted Moment)
The network cited figures by the Nielsen rating agency which showed the ceremony was the subject of 7.2 million tweets, a surge of 22 percent on last year.
The most tweeted about minute came as Leonardo DiCaprio's accepted his first ever Oscar, Best Actor for survival epic The Revenant, prompting 175,148 messages on Twitter.