Paul Walker's Daughter is Suing Porsche Over Her Father's Death 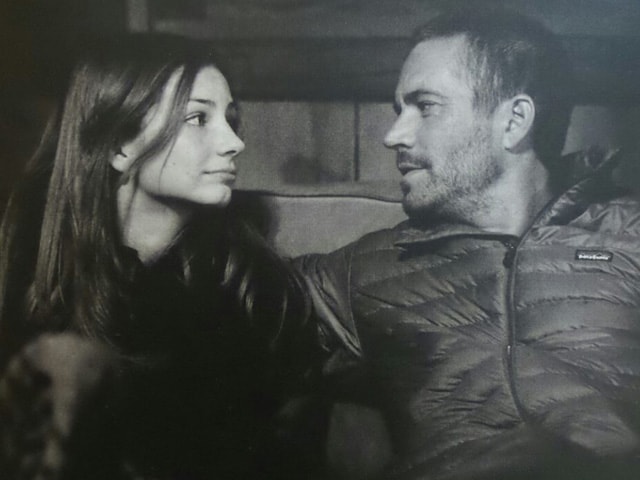 This image was posted on Facebook by Meadow Walker

Late actor Paul Walker's daughter Meadow Walker has filed a wrongful death lawsuit against Porsche. "It is with great reluctance that Meadow has authorized the filing of this lawsuit on her own behalf and as heir to Paul Walker's estate. She's a teenage girl who is still dealing with the tragic loss of her father," said her attorney Jeff Milam

Late actor Paul Walker's daughter has filed a wrongful death lawsuit against Porsche, alleging that her father would still be alive if the company had installed proper safety features in the car in which he died, reports people.com in accordance with the lawsuit obtained by them.
Mr Walker died in a car crash on November 30, 2013.
Lawyers for the late actor's daughter claim that the Porsche Carrera GT that her father's friend Roger Rodas was driving at the time of the accident, "Lacked safety features that could have prevented the accident or, at a minimum, allowed Paul Walker to survive the crash."
Specifically, Meadow's lawyers assert that despite Porsche "Knowing that the Carrera GT had a history of instability and control issues," the company "Failed to install its electronic stability control system," which they say is "Specifically designed to protect against the swerving actions inherent in hyper-sensitive vehicles of this type".
In addition to the alleged lack of proper stability control, Meadow's lawyers also claim that a "defective" seat belt design kept Mr Walker trapped in the car. If it wasn't for this flawed design, the lawsuit alleges that Mr Walker might have been able to exit the vehicle before it caught fire.
According to the lawsuit, the seat belt "Snapped Walker's torso back with thousands of pounds of force, thereby breaking his ribs and pelvis," trapping him in the car "Where he remained alive until the vehicle erupted into flames one minute and twenty seconds later."
Even the fire itself was allegedly caused by faulty "rubber fuel lines," according to the lawsuit, which states that "absent these defects in the Porsche Carrera GT, Paul Walker would be alive today."
The amount of damages Meadow is seeking is not listed in the lawsuit.
"It is with great reluctance that Meadow has authorized the filing of this lawsuit on her own behalf and as heir to Paul Walker's estate. She's a teenage girl who is still dealing with the tragic loss of her father," said her attorney Jeff Milam.
"She values her privacy and won't be making any comment. We ask everyone to respect that," he added.
Summarising the case, Mr Milam said: "The Porsche Carrera GT is a dangerous car. It doesn't belong on the street. And we shouldn't be without Paul Walker or his friend, Roger Rodas." (Also Read: To Paul Walker, With Love From Daughter Meadow)