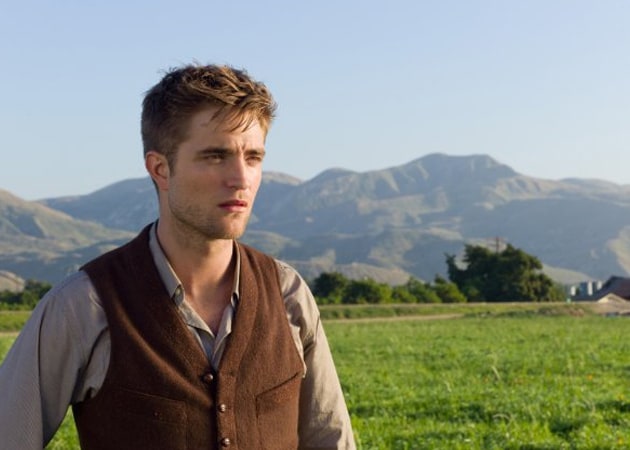 Robert Pattinson has reportedly not shared his feelings with anyone

Twilight star Robert Pattinson's dogs, Bear and Bernie, are helping him to get over his split from Kristen Stewart.

Twilight star Robert Pattinson's dogs, Bear and Bernie, are helping him to get over his split from Kristen Stewart.
Although the 27-year-old actor dumped Stewart, 23, when he discovered she was cheating on him with married director Rupert Sanders, he is still in love with her and has turned to his pets to get over his heartbreak, reported Hollywood Life. "Rob's looking forward to working on his music and just spending some down time with his close friends and Bear and Bernie.
"It sounds funny, but he is so close to those dogs. He's been getting so much love and comfort from them during this tough transition without Kristen," a source said.
Rob hasn't opened up to his friends about his feelings as he prefers to keep his emotions close to his chest.
"Contrary to what Kristen believes, Rob is not taking their breakup lightly. He just doesn't show his emotions openly. He's an introverted guy, especially when it comes to relationships.
"He's not one to open up and blab about what's going on. He's also very English and keeps to himself," it added.