Mr Schwarzenegger was spotted at Gold's Gym in Venice, California recently, training his son by asking him to pump iron. A picture of the duo has been doing the rounds of social media on Tuesday 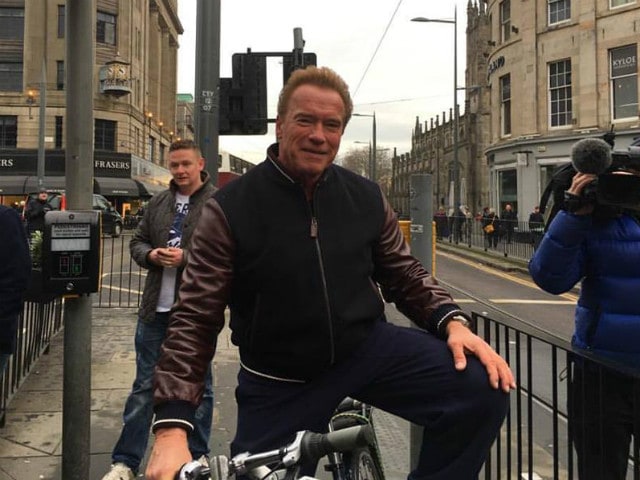 
Yo I'm laughing so hard my chest hurt #TeaWithHoney: Look at this #ArnoldSchwarzenegger coaches his love child #JosephBaena at the gym in rare picture together www.honeygerman.com honeygerman

In some photographs obtained by tmz.com, the 68-year-old actor was seen standing behind his son wearing a grey T-shirt and blue pants as he encouraged Joseph to keep working out.
Meanwhile, Joseph was seen stretching his back on a board as he lifted weights. He rocked a red T-shirt along with several bands on his wrist.
Joseph is Schwarzenegger's son with his former housekeeper Mildred Baena, who had worked with the family for more than 20 years.
News of the actor's affair with the maid first surfaced in 2011 after he and his ex-wife Maria Shriver announced their split after 25 years of marriage.