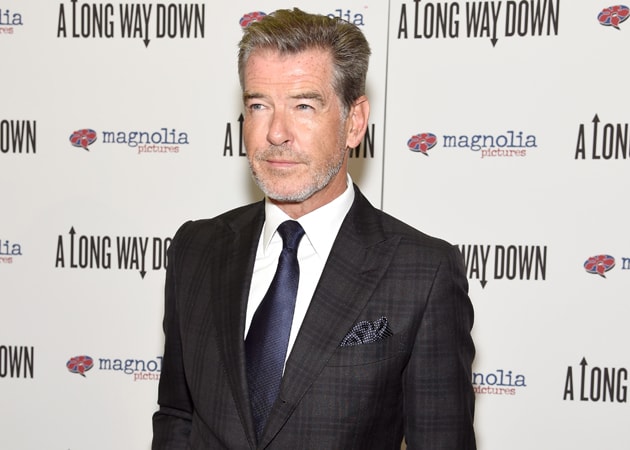 Pierce at the A Long Way Down premiere in New York on June 30. Image: AFP

The actor made the revelation to Shortlist magazine, saying that talks about his role have already taken place with his Survivor producer Avi Lerner

Hollywood star Pierce Brosnan may be featuring in an upcoming instalment of the Expendables franchise. He says he's been offered a role in a sequel and he is up for it.
If the deal goes through, Pierce Brosnan will be the first James Bond actor to sign on for the series, which will see him working with Sylvester Stallone and Jason Statham, reports independent.co.uk.
Pierce made the revelation to Shortlist magazine, saying that talks about his role have already taken place with his Survivor producer Avi Lerner. (Also Read: Expendables stars at Cannes)
"Oh, the offer has come in for the next Expendables. I just worked over in Bulgaria with Avi Lerner who makes them. He said, 'Would you like to be in The Expendables? I would love to have you', and I said, 'Why not?' So we will see," Pierce said.
The actor is so far clueless about which instalment of the franchise will he be part of.
"I have no idea which one it would be," he added. "I just said yes. It could be Expendables 7!" Pierce is starring with Aaron Paul in comedy A Long Way Down. Meanwhile, The Expendables 3 is ready to hit the screens in August.