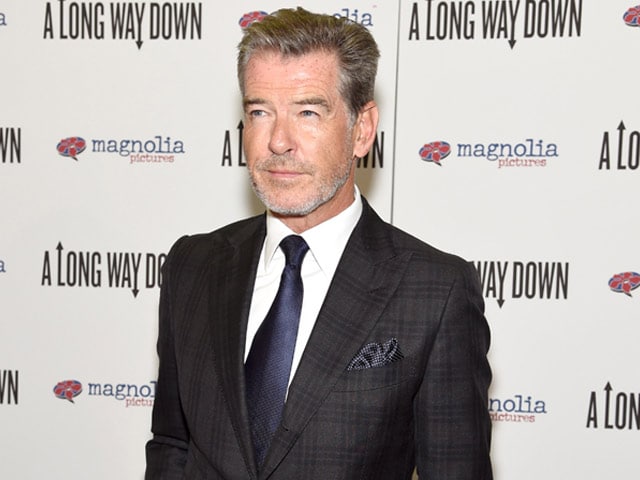 He was finally allowed to pass through security.

The former James Bond actor was heard saying, "I can't believe this is happening," after being screened by security officials in a private area

James Bond never has to go through airport security and it probably momentarily slipped actor Pierce Brosnan's mind that he no longer has a licence to kill. The 62-year-old star was stopped at Burlington Airport in Vermont, USA for carrying a 10-inch knife, reported aceshowbiz.com.
Mr Brosnan, who played 007 from GoldenEye to Die Another Day in the Bond series, was travelling with his 14-year-old son Paris. He was pulled over by security agents after the weapon showed up while his hand luggage was being scanned.
In some pictures, Mr Brosnan could be seen taking his belt off as he prepared to go through screening at the airport. The Mamma Mia actor was heard saying, "I can't believe this is happening," after being screened in a private area.
After the screening, he was seen talking with two local police officers. The knife was reportedly confiscated, after which the actor and his son were allowed to pass through security. They were later spotted lunching in the departure lounge.
Mr Brosnan's representative hasn't responded to any requests for comment.
Pierce Brosnan will next be seen in the upcoming action-thriller film No Escape with Owen Wilson and Lake Bell, releasing August 26.