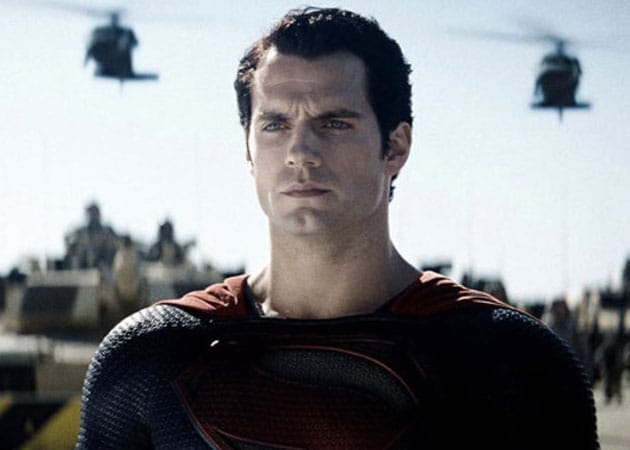 Henry Cavill in a still from the movie Man of Steel

Henry Cavill, who plays Superman in the reboot of the film series Man of Steel, initially found it a bit unnerving to step into the shoes of legendary actors Christopher Reeve and Kirk Alyn.

Henry Cavill, who plays Superman in the reboot of the film series Man of Steel, initially found it a bit unnerving to step into the shoes of legendary actors Christopher Reeve and Kirk Alyn.
Cavill, 30, said he knew that he will be compared with the previous actors in the superhero series, which is celebrating the 75th birth anniversary of DC comics' Superman. "There is a pressure that I will be compared.
Christopher Reeve was Superman as far as live action goes. I have done my job now and I can't change people's minds. But I just hope we tell a great version of the story.
"I never imagined that as a boy and before starting my acting career 17 years ago that one day I will play the popular character of Superman. I watched it as a kid but I didn't watch them as a part of my research," Cavill told PTI in an email interview.
Directed by Zack Synder and produced by Warner Bros and Legendary Pictures, Man of Steel releases tomorrow. The British actor said that he had to undergo a gruelling physical training for seven months to get in shape for his role as Clark Kent and his superhero alter-ego.
"The biggest challenge was the probably physical side of it. Transforming my body to sort of look like that. It took about 5 months to get to a certain state and another two to get to the shirtless state. It was a lot of hard work," he added.
Though the superhero characters are unrealistic, the Tudors star insists that the director made the storyline so realistic that everyone could relate to the role.
"The suit did not make me more relatable. It was the storyline. The suit itself was a Kryptonian thing and an alien thing and so less relatable than the previous suit which was a strong man thing. The suit wasn't the vehicle for that. There was more storyline," he said.
Having started his career with Kevin Reynolds' 2002 adaptation The Count of Monte Cristo, Cavill got maximum recognition when he starred in hit TV series The Tudors. The success landed him offers from hit franchises including Harry Potter, Twilight and James Bond but he could be a part of them.
"Since, I was about 13-14. I was enjoying acting a lot and could enjoy having a career out of it. But, otherwise I would have become an astronaut, soldier and others that boys want to become," he said.
Cavill is not worried that he will become a sex symbol post the release of Man of Steel. "After the film, I will never accept that I am a sex symbol. I will remove the tag because that will make me someone who is a bit fond of themselves. If it happens, I think it is going to be very odd certainly. I think I am just Henry and I'm telling a story," he said.
It was also reported that the actor is in talks to play Christian Grey in movie adaptation of Fifty shades of Grey but the actor denied the rumours.
"As there's no script, I've had no meetings. As far as I know, there's no director either. So, I just don't know," he said.