Mr Marshall made his directorial debut in 1967 on his series Hey, Landlord. The first feature Marshall directed was the 1982 comedy Young Doctors in Love but his first big screen blockbuster was 1990's Pretty Woman starring Julia Roberts and Richard Gere. 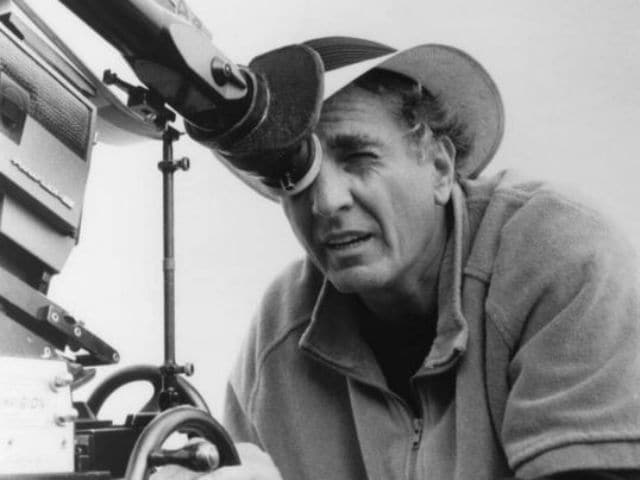 Veteran filmmaker and TV personality Garry Marshall has died. He was 81.
Marshall, who created some of the 1970s' most iconic sitcoms including Happy Days and The Odd Couple and went on to direct hit movies including Pretty Woman and The Princess Diaries, passed away on July 19, reported E! online.
According to his representative, Mr Marshall died from complications of pneumonia following a stroke at a hospital in Burbank, California.
His sister, actress and director Penny Marshall, also confirmed the news.
Born in Bronx, Mr Marshall graduated from Northwestern U's Medill School of Journalism and began his career as a joke writer for comedians including Joey Bishop, then worked on the writing staff of The Tonight Show With Jack Paar
Mr Marshall made his directorial debut in 1967 on his series Hey, Landlord. The first feature Marshall directed was the 1982 comedy Young Doctors in Love but his first big screen blockbuster was 1990's Pretty Woman starring Julia Roberts and Richard Gere.
The trio reunited for the 1999 box office success Runaway Bride about a woman who keeps leaving her fiances at the altar.
The The Princess Diaries and its sequel were also big hits for Mr Marshall. The films, which made a star of Anne Hathaway, saw global grosses of USD 165 million and USD 135 million, respectively.
He also had a long acting career that began in the early 1960s. He played a hoodlum in the James Bond film Goldfinger and made appearances, most uncredited, in many of his film and TV projects.
Actress Jessica Alba Instagrammed a picture of Mr Marshall and wrote this:


I had the honor to work w the legendary #GarryMarshall -thank you for your comedic genius and I'm so grateful for all the films and tv shows that helped shaped my generation and generations to come. #rip a true pioneer in entertainment.

Numerous celebrities took to Twitter to pay their respects.

I will never forget he called me and said "this is Gary Marshall from show business " I saved that message for years. We lost an icon

Garry Marshall gave me one of the best experiences I ever had in my career. Thanks pal. RIP

R.I.P. Garry Marshall. A great, great guy and the best casino boss in the history of film. #lostinamerica

God I loved this Man. #GarryMarshallpic.twitter.com/WETmZQhdK2


RIP Garry Marshall. You forever changed my father's life, and thus, mine. Thank you for capturing so much joy on film, over and over.

Garry Marshall is survived by his wife of 53 years, Barbara, and three children, including Scott, a film director.
(This story has not been edited by NDTV staff and is auto-generated from a syndicated feed.)