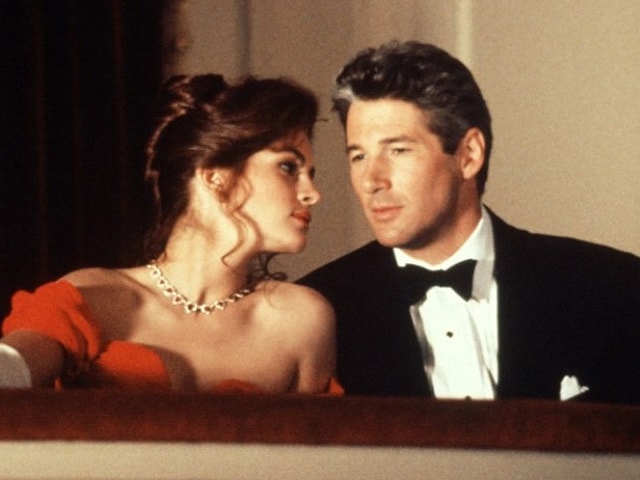 Julia Roberts and Richard Gere in a still from Pretty Woman.

"To see Vivian and Edward brought to life again with music will hopefully be something to cheer about," said the film's director

1990 American romantic comedy film Pretty Woman starring Julia Roberts and Richard Gere, is all set to get a Broadway musical, confirmed the film's director Garry Marshall.
The veteran writer-producer said he is collaborating on the theatrical version with producer Paula Wagner and the author of the original screenplay, J F Lawton, reported People magazine.
"I had so much fun doing Pretty Woman the first time around that I'm trying it again as a Broadway musical. We have secured the rights to do a stage adaptation," the director, 80, said in a statement.
Mr Marshall, 80, who is also known for his work on The Odd Couple, Runaway Bride and The Princess Diaries, first received a draft of the original "dramatic and dark" script 25 years ago.
He was asked to lighten up the love story, turning a tale of a scrappy prostitute Vivian (played by Julia) and a lonely financier (Richard Gere) into a "fairy tale with a happy ending".
Mr Marshall hopes that the film's '90s charm will translate to the Broadway stage.
"To see Vivian and Edward brought to life again with music will hopefully be something to cheer about the second time around too," he said.