Priyanka Chopra, Baywatch's Villain, Says 'Being Bad is an Addiction' 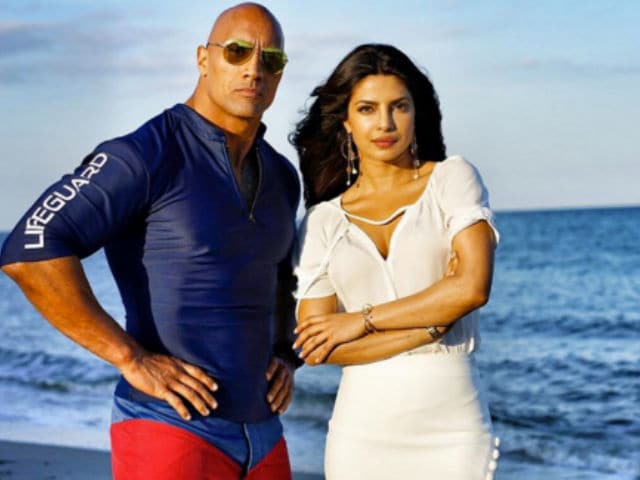 This image was posted on Facebook by Priyanka Chopra

Actress Priyanka Chopra says being able to play a character with shades of grey is the best part about her Hollywood debut venture Baywatch.
The actress, who also features in American TV show Quantico, feels being bad is like an addiction as "we don't get to do that in real life."
"The best part of working on Baywatch is to be the villain of the movie. I don't think The Rock aka Dwayne Johnson has ever had anyone who's been mean to him. He's a great guy but Victoria is a bitch," Priyanka said in an interview to a Canadian fashion magazine.
Baywatch, the movie is based on the hugely popular Nineties television series of the same name and Priyanka plays Victoria Leeds in it.
Priyanka says Victoria "is mean and patronising and evil just because she can be and I don't know if Dwayne's ever had that."
"So to me that was the best part of doing Baywatch and getting on my high heels and on my tippy toes and doing mean things and getting away with it. I enjoyed it way more than I should. Being bad is like an addiction, because we don't get to do that in real life," she added.
The actress is now busy shooting season two of Quantico, which will return in September. The first season of the show will be back in India from the mid-season break on Star World and Star World HD next month.
In the show, Priyanka plays Alex Parrish, an FBI recruit who becomes a suspect of terrorist bombing of New York's Grand Central Station. The show's storytelling prism shifts between the present day with Alex Parrish navigating her way through a class of FBI new agent trainees to the near future as the truth and repercussions of the attack emerge.
The actress says one can "definitely expect Alex to be completely out of her element" in season two.
"I mean we are so used to Alex being the tough girl who has the situation under control and she fixes things. Here she is just completely out of her league, completely out of her element with what happens to her in season 2 and she just can't get a grip on anything. It'll be very exciting for me to play and you to watch," said Priyanka.
(Except for the headline, this story has not been edited by NDTV staff and is published from a syndicated feed.)