"You look stunning Simone. The Rock, your baby looks way better than I ever could in that outfit! Adorable. Alex Parrish. Halloween," Priyanka captioned the image that she shared on Tuesday, a day after Halloween 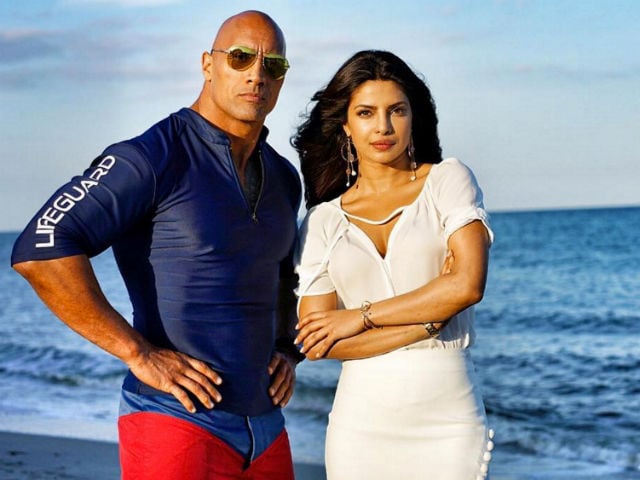 Actress Priyanka Chopra has praised her Hollywood co-actor Dwayne Johnson's daughter Simone Alexandra Johnson, by calling her stunning.
Priyanka on Tuesday Instagrammed a picture of Simone dressed up as an FBI agent and said that she looks better than the Quantico star, who essays the role of an FBI agent in the American TV series.


U look stunning @simonealex_ @therock your baby looks way better than I ever could in that outfit !! Adorable .. #alexparrish #Halloween with @repostapp my name is Alex Parrish ... it all started 9 months ago at the FBI academy.

On the occasion of Halloween, Priyanka shared the poster of her debut Hollywood film Baywatch, based on the television series of the same name. Priyanka will be seen essaying a negative character named Victoria Leeds in the Seth Gordon directorial.

Apart from Priyanka and Dwayne, the film also stars Zac Efron, Alexandra Daddario, Kelly Rohrbach, Jon Bass, Ilfenesh Hadera, Yahya Abdul-Mateen II, David Hasselhoff and Pamela Anderson. Baywatch will hit the screens on May 19, 2017.
(Except for the headline, this story has not been edited by NDTV staff and is published from a syndicated feed.)