Priyanka, who looks uber-chic in a floral printed bodycon dress, also reposted director Seth Gordon picture from the film's sets and captioned it: "Haha love creating Victoria with u @sethnodrog I seem to be liking being bad too much." *Devil face emoticon* 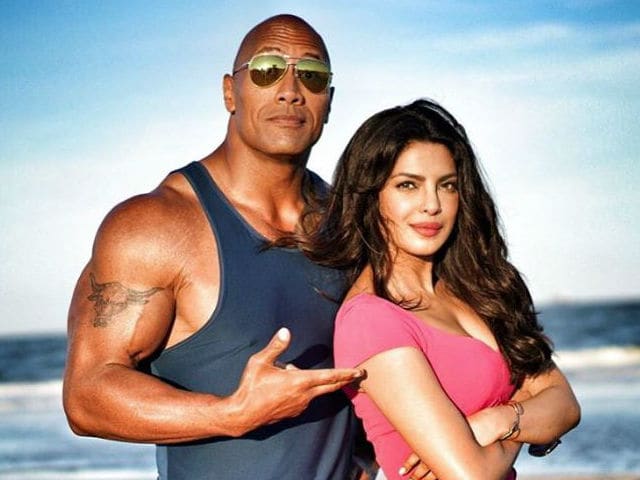 She's not getting to wear the iconic red swimsuit but don't feel too bad for Priyanka Chopra - she looks pretty darn great as the villain in the Baywatch movie, now filming. Director Seth Gordon posted a picture from the sets of the film featuring Priyanka as Victoria Leeds and hashtagged it #evilneverlookedsogood. We dare not disagree:

Priyanka, who looks uber-chic in a floral printed bodycon dress, also reposted the picture and captioned it: "Haha love creating Victoria with u @sethnodrog I seem to be liking being bad too much." *Devil face emoticon*
Meanwhile, Priyanka shared the story of her grueling schedule with fans on Twitter and Instagram:


Lots of work..Last week on #Baywatch .. Another one almost over.. Where will my travels take me next.. I wonder.. #nomad #traveldiaries

Oblivion... Such an interesting word.. Oblivion of sleep.. N so much more Tonight.. #Nightshoots#Baywatch

The work-in-progress Baywatch film borrows its premise from the popular television series of the Eighties and Nineties.
Priyanka's Victoria is up against the lifeguard team headed by Dwayne Johnson, who plays actor David Hasselhoff's character Mitch Buchannon. Zac Efron will be seen as Matt Brody, Alexandra Daddario as Summer Quinn, Kelly Rohrbach as C.J. Parker (played by Pamela Anderson in the TV series), Ilfenesh Hadera as Stephanie Holden and Jon Bass as Ronnie.
Mr Hasselhoff and Ms Anderson have cameo roles in Baywatch, which hits screens on May 19, 2017.