Priyanka Chopra Was Asked If She Will Bring Team Baywatch To India. What She Said

"It seems very difficult. I don't think we will be doing much," said Priyanka Chopra 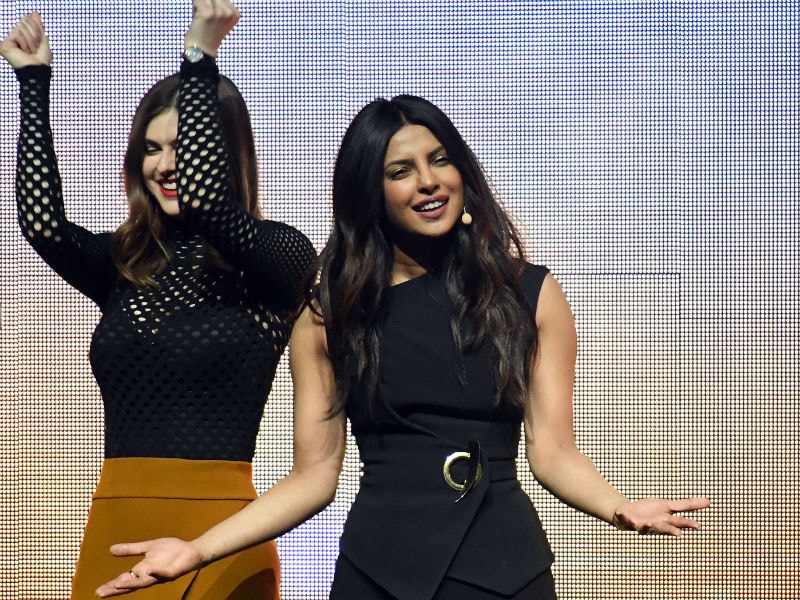 Actress Priyanka Chopra is done filming Baywatch but still busy with the second season of American TV show Quantico. Amidst all her commitments, which includes promotional tours for her beachside film Baywatch, Priyanka was asked if she plans to welcome Team Baywatch in India. Priyanka is currently stationed in New York and in a telephonic interview with news agency IANS, said "I don't know yet." Priyanka appeared unsure about the team of her Hollywood project visiting India ahead of the release but said she will put in her best efforts to promote the film in India. "It seems very difficult. I don't think we will be doing much. We will be only doing one or two countries when it comes to travelling for Baywatch, but I don't know yet what the marketing plan by Paramount Pictures is," IANS reported the Quantico actress as saying.
"But while I am in town, I will definitely do as much as I can. I don't know about the rest of the team," IANS quoted the 34-year-old actress as saying. Earlier in January, Deepika Padukone had arranged a blockbuster welcome for Vin Diesel in Mumbai. Deepika stepped in to Hollywood co-starring with Vin Diesel in xXx: The Return Of Xander Cage.
Looks like India or not, Priyanka indeed has destinations across US on her list. Priyanka, who headlines Quantico as FBI-recruit-turned-CIA-agent Alex Parrish, has been shuttling between the Big Apple and her home-town for the past few year and plans to visit India soon. "I've to come back (to the US) again because I'll be travelling for Baywatch," she told IANS. "I am very excited. It's been a long run for Quantico 2 and I am very tired. I am just waiting to come home," she added. During her 10-day visit in India, Priyanka will reportedly decide on her upcoming projects in Bollywood and also focus on her brand endorsements. Priyanka will also celebrate the National Award wins of her Marathi production Ventilator, when in India.
Priyanka Chopra and the Baywatch cast, comprising Dwayne 'The Rock' Johnson, Alexandra Daddario, Kelly Rohrbach, Jon Bass and Ilfenesh Hadera took Las Vegas by storm in March, when they took their film to the Cinemacon.
Directed by Seth Gordon, Baywatch casts Priyanka Chopra as main antagonist Victoria Leeds. Baywatch is scheduled for May this year.
(With IANS inputs)