Priyanka Chopra's Baywatch Character is a 'Bombshell of a Villain'

"It's a great, great movie. It doesn't take itself seriously. It's a comedy and I play the bombshell of a villain in the movie," said Priyanka Chopra 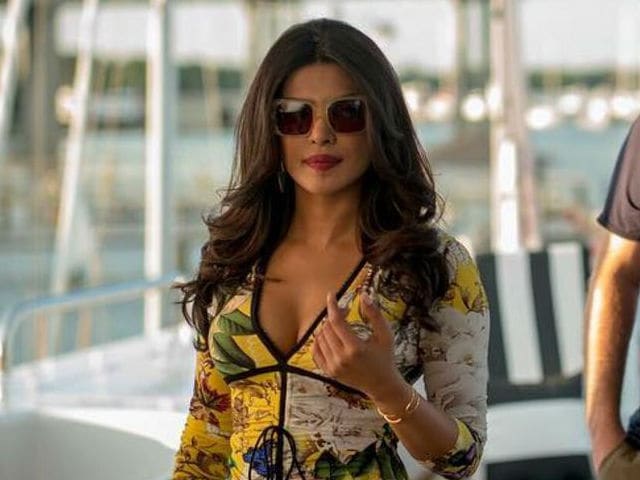 Actress Priyanka Chopra says she will be seen as a "bombshell" of a villain in her upcoming Hollywood debut Baywatch.
The actress, in a recent online chat organised by Twitter New York, shared about her character in the film, which also stars Dwayne 'The Rock' Johnson and Zac Efron.
Priyanka, 34, plays the antagonist in the movie, set for May 2017 release.
"It's Dwayne and Zac together. Just picture them together. Isn't that just funny looking at them together? The film is just really funny. That in itself is fun, now imagine that in slow motion. It's a great, great movie. It doesn't take itself seriously. It's a comedy and I play the bombshell of a villain in the movie," the Quantico star said.

Priyanka is confident the movie will be a blockbuster. "I'm very excited about the movie because I was a big fan of the show. I think Baywatch as a show is much more popular around the world. I mean, people just loved the show all over the world and this movie according to me will be a big summer blockbuster next year because it's so funny," she said.
Baywatch is the big screen remake of the hugely popular Nineties action drama series of the same name.
(Except for the headline, this story has not been edited by NDTV staff and is published from a syndicated feed.)