Priyanka Chopra's Next TV Gig- Stephen Colbert, Are You Ready? 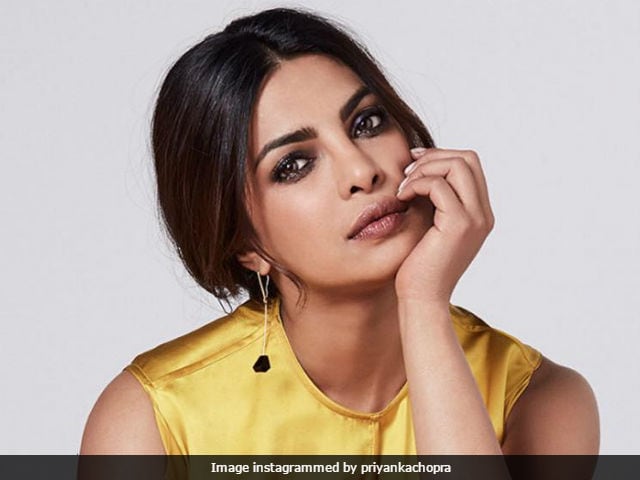 Priyanka Chopra, now prepping for her Hollywood debut in Baywatch, is set to appear on The Late Show with Stephen Colbert, reports news agency PTI. The 34-year-old actress will be on the show in order to promote her upcoming film, which is an adaptation of the iconic TV series 90s and stars Dwayne 'The Rock' Johnson. As star of American network show Quantico, Priyanka is already a talk show veteran and made her second appearance on Jimmy Kimmel Live earlier this month. She's also downed tequila shots on The Ellen Show and beaten Jimmy Fallon in a chicken wing eating contest. So Stephen Colbert will just have to watch out for this Desi Girl. The Late Show With Stephen Colbert episode with Priyanka Chopra will be aired on February 7.
Priyanka Chopra recently made a solo appearance on Koffee with Karan, in which Karan Johar addressed her as the 'biggest newsmaker' of the times. It was no understatement - Priyanka received the Padma Shri last year, presented at the Oscars, Emmys and the Golden Globes and won two consecutive People's Choice Awards for Quantico in which she plays Alex Parrish, a former FBI trainee who joins the CIA in the show's second season.
Priyanka was also named the world's eighth highest paid TV actress by Forbes last year - this year, Baywatch might put her on the list of the world's highest paid film actresses.
The actress, who is back in New York shooting forQuantico, also suffered a minor head injury on the sets earlier this month, just a few days before she attended the Golden Globes. According to reports, Priyanka slipped and fell during a stunt and suffered a concussion after hitting her head.
Baywatch, in which Priyanka Chopra plays antagonist Victoria Leeds, co-stars Zac Efron and will be released on May 26.
(With PTI inputs)