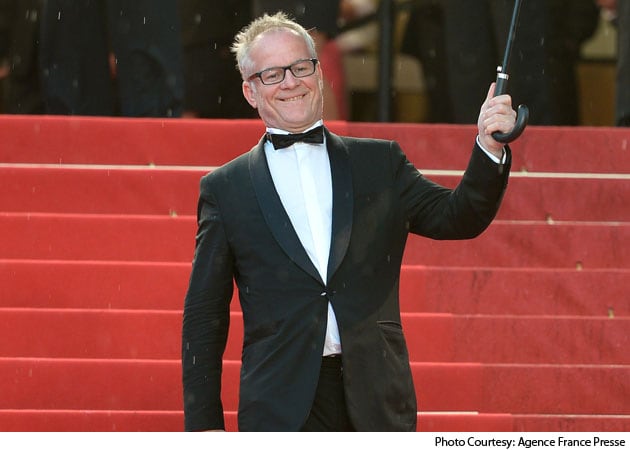 Thierry Fremaux said that cinemas of India and France do not face threat from American cinema.

Countries need to protect their cinema from American movies, Thierry Fremaux, general delegate (Director) of the Cannes Film Festival, said on Friday (November 22, 2013).
"The market is always for the benefit of American cinema," Fremaux said at the Film Bazaar at the 44th edition of International Film Festival of India (IFFI) here.
India and France, he said, were two countries which did not face the threat of being swamped by American cinema.
In general, however, "countries need to protect their cinema because of American cinema", he said.
"When a country pays attention to its cinema, the cinema will pay attention to the country," he added.
Fremaux, who was answering questions posed by noted film director Sudhir Mishra, said Indian cinema was passing through "a very interesting moment" now.
He said Mexico, South Korea and Romania were three countries where cinema was exploring new space.
"Being here in India and finding the vitality of (Indian) cinema, cinema has a good future," he added.