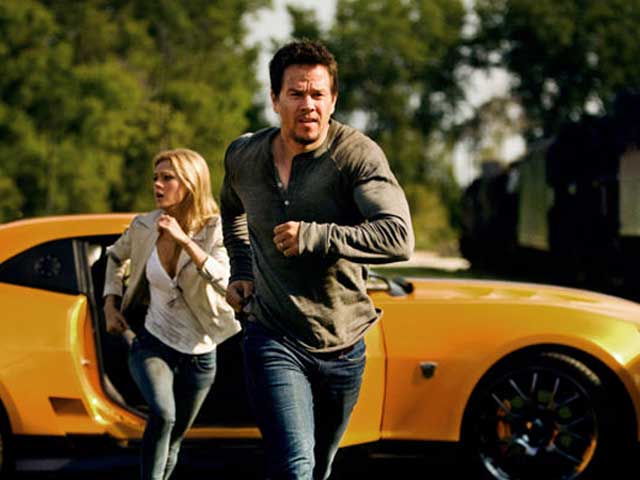 A still from Transformers: Age of Extinction

Transformers: Age of Extinction has been nominated for Worst Picture, Worst Sequel, Worst Screenplay and worst Screen Combo for the Golden Raspberry Awards

Transformers: Age of Extinction is rolling out with the most nominations at this year's Golden Raspberry Awards.

Transformers is also up for worst director for Michael Bay, Worst Supporting Actress for Nicola Peltz, and Worst Supporting Actor for Kelsey Grammer, who was also recognized for his supporting parts in The Expendables 3, Legends of Oz and Think Like a Man Too.

The nominations were released to The Associated Press on Tuesday ahead of an official announcement on Wednesday.

This year's other Worst Picture nominees are Kirk Cameron's Saving Christmas, Left Behind, The Legend of Hercules and Teenage Mutant Ninja Turtles.

The faith-based comedy Saving Christmas and the Kellan Lutz action film Legend of Hercules, both collected six nominations, including Worst Actor for Cameron and Lutz.

The nominees for worst screen combo are Cameron and his ego in Saving Christmas; Seth MacFarlane and Charlize Theron in A Million Ways To Die in the West; any two robots, actors (or robotic actors) in Transformers; Cameron Diaz and Jason Segel in Sex Tape; and Lutz and either his abs, pecs or glutes in Legend of Hercules.

The Razzies, which launched in 1980 as a spoof of Hollywood's awards season, added a new category this year called the redeemer award that lauds past Razzie honorees.

The Inaugural Redeemer Award nominees are: Ben Affleck for being praised for both Argo and Gone Girl after winning the Worst Actor trophy in 2004 for Gigli, Daredevil and Paycheck; Jennifer Aniston for her Screen Actors Guild Award nomination for Cake following four Razzie nods; Mike Myers for earning acclaim as the director of the documentary Supermensch after winning three Razzies for Love Guru in 2008; six-time Razzie nominee Keanu Reeves for rebounding with John Wick; and Twilight star and former Razzie recipient Kristen Stewart for earning rave reviews for the indie film Camp X-Ray.

The Razzies announcement came ahead of Thursday's Oscar nominations.

The winners of the 35th annual Razzies are selected by online votes from the organization's 757 members. They will be announced at Hollywood's Montalban Theater on February 21, the night before the 87th annual Academy Awards.

While far less star-studded than other award shows, past Razzie recipients such as Halle Berry and Sandra Bullock have shown up in person to jokingly accept their gold spray-painted prizes.