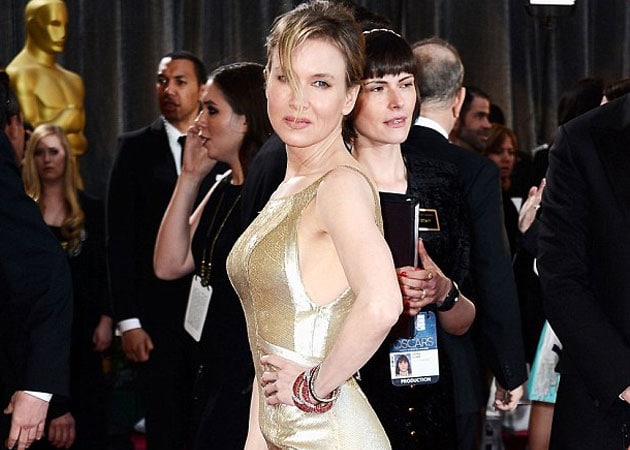 Actress Renee Zellweger doesn't like hearing reports about her fluctuating body weight and food habits.
The 44-year-old gained nearly 28 pounds when she starred in the Bridget Jones's Diary, a movie series based on the books of Helen Fielding, but she quickly dropped the weight once filming was finished by following a strict diet and exercise regime.
When she was snapped at a New York fashion event earlier this month, her slim figure sparked rumours that she is struggling with her weight, but Zellweger insists her trim body is down to hard work in the gym, reports contactmusic.com.
"When you read reports that you are starving or that you are anorexic it's very unfair and disappointing. It's not very pleasant to read reports which say you've gone too far or this or that. I have a lifestyle that involves keeping my sanity by going to the gym," she told Britain's Daily Express newspaper.