Richard Gere Was the Homeless Man in Viral Pic. No, he Didn't Hand Out Cash 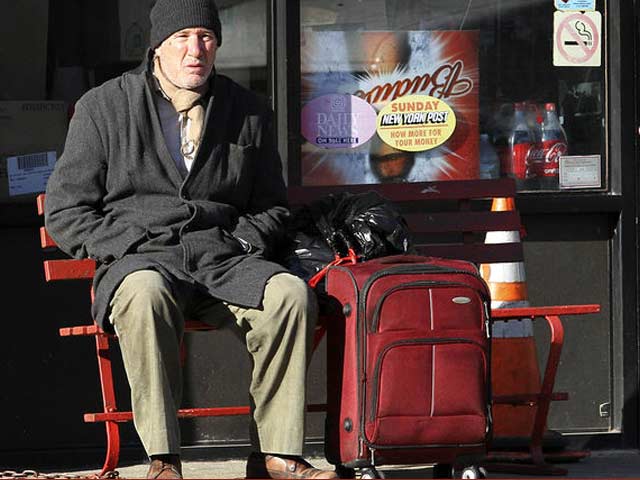 Richard Gere in a still from Time Out of Mind

Hollywood star Richard Gere has described a report that he handed out $100 bills to homeless New Yorkers as 'somewhat fictional.' A picture of the 66-year-old actor as a homeless man from his new film Time Out Of Mind went viral recently and an accompanying blurb that appeared to be from Mr Gere himself said that he gave money to actual pavement-dwellers after filming. (Also Read: Richard Gere Meets Prime Minister Narendra Modi)
Mr Gere used his co-star Jena Malone's Facebook page to set the record straight, writing that it was not he who had posted the blurb and that there was no truth to the $100 bills story.


Hi, Richard Gere here. I was completely surprised to find that last week someone posted a photo of me on a Facebook fan...

He did say that the plight of New York's homeless had struck a chord and expressed willingness to participate in a conversation about solutions.
On October 8, this post on a fan page was widely circulated on social media.


"When I went undercover in New York City as a homeless man, no one noticed me. I felt what it was like to be a homeless...

Richard Gere will host a Q&A on Wednesday on Ms Malone?s Facebook page to discuss homelessness and how it impacts lives. He will be be joined by his Time Out Of Mind director, Oren Moverman.
In Time Out Of Mind, Richard Gere plays George, a mentally ill and unemployed man who drifts through the streets of New York. Jena Malone plays his daughter.