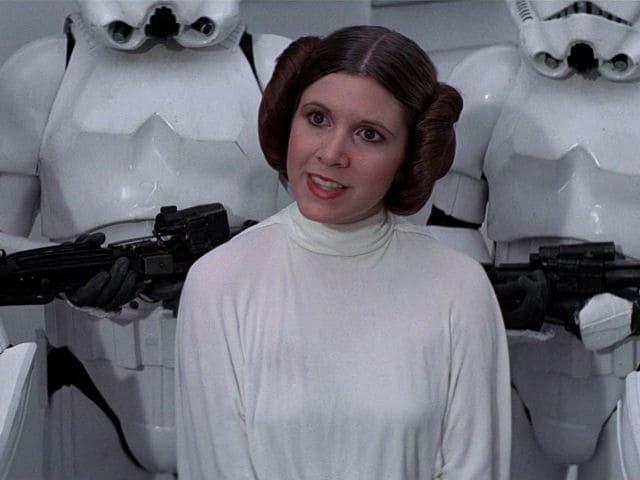 Actress Carrie Fisher, who starred in the original Star Wars trilogy from 1977 to 1983, and became Princess Leia forever, died after suffering a massive heart attack last week. She was 60. The actress-writer's death shook her fans and celebrities too mourned on Twitter. Ms Fisher's Star Wars family - from co-star Harrison Ford to director George Lucas - everyone remembered her "feisty and wise" nature. Fans of the series and Ms Fisher's character Princess Leia Organa shared pictures and GIFs to commemorate her contribution to the series.
Here are some of the best RIP tweets for Princess Leia:


The world has lost #PrincessLeia and it all started with a tremble in The Force. R.I.P to the awesome #CarrieFisher. pic.twitter.com/SfazwzpLkU

I don't know who created this or who shared it first but damn this is the best tribute I've seen for #CarrieFisher today. pic.twitter.com/L6R4yFbZfG

Carrie Fisher was born to actress Debbie Reynolds and singer Eddie Fisher. The actress was travelling from London to Los Angeles on a promotion tour for her third memoir, The Princess Diarist, when she suffered a heart attack and died five days later on Tuesday.
In The Princess Diarist, Ms Fisher recollected her days while filming the original Star Wars trilogy - Episode IV - A New Hope, Episode V - The Empire Strikes Back and Episode VI - Return of the Jedi. In one of the segments she also revealed, for the first time in 40 years, the details of her affair with her co-star Harrison Ford, who was 30 then, married and a father of two. She told People Magazine: "It was Han and Leia during the week, and Carrie and Harrison during the weekend."
Ms Fisher and Mr Ford reunited for JJ Abrams' Star Wars: Episode VII - The Force Awakens.