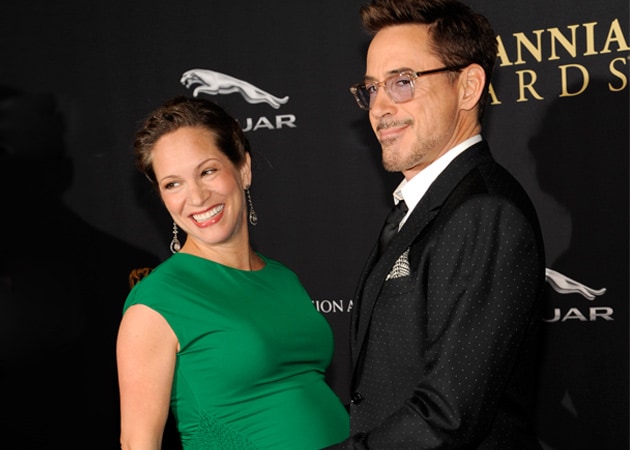 Actor Robert Downey Jr paid a tribute to his pregnant wife at an award function in Los Angeles.
The 49-year-old actor and his wife Susan were spotted at the BAFTA Los Angeles Jaguar Britannia Awards in Beverly Hills on Thursday where the actor was honoured with the Stanley Kubrick Britannia Award for Excellence in Film, reports people.com.
"It's just the uncertainty of how nowadays you have all these things where you think you have much more of an understanding of what you're going to get, and then this little soul lets herself be known to you, and it's just like: you don't know anything. It's great!" he said.
The Iron Man star received the award from director Jon Favreau and actor Jamie Foxx.
"The second pregnancy has been extraordinarily tough for me. Self-prescribed mandatory bed rest was of some benefit. At least my milk is finally coming in," he said in his acceptance speech.