Rosamund Pike: Gone Girl Role Would be Every Actress' Dream 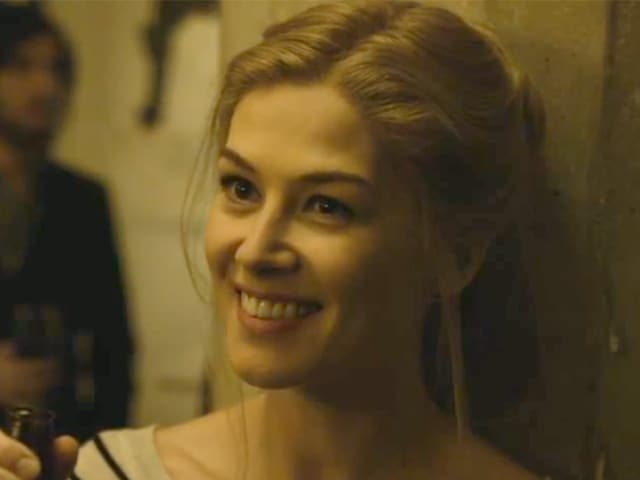 Rosamund Pike in a still from Gone Girl.

"It's a film about a murderess, but it's very empowering," Rosamund said

Actress Rosamund Pike feels that the character she played in the psychological thriller film Gone Girl was every actress' "dream".
The 36-year-old, who played Amy Dunne in the 2014 film, says the role that she played is "very empowering", reports femalefirst.co.uk.
"There's no actress who wouldn't dream of a character like that. As an actor, you think, 'I'm never going to be good enough. I can see how far I want to reach with this and the potential, but I'm never going to reach it'. But the other side of that is, you go home and think, 'I can do anything I want. This is so extreme. It's a version of being a woman that isn't contained in any way'," she said.
"She's extreme. Yes, it's a film about a murderess, but it's very empowering, in some ways. It's great to stretch every muscle and get to make good on every insane thought you've ever had," Collider.com quoted Rosamund as saying.
Directed by David Fincher, the film also starred Ben Affleck, Neil Patrick Harris, Tyler Perry and Carrie Coon in pivotal roles.