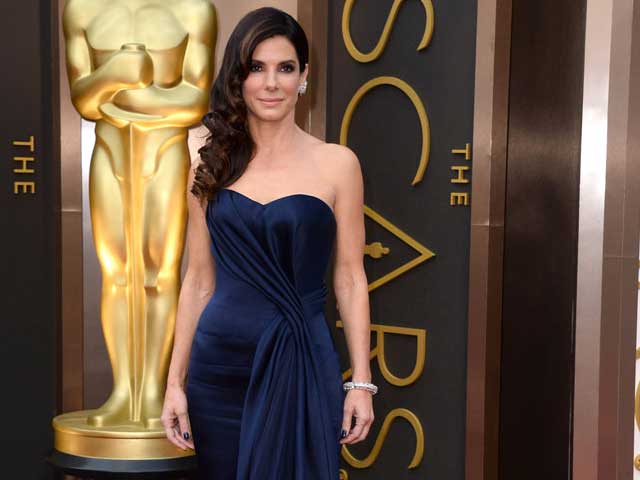 Sandra said it was important to be a good person (Image courtesy: AP)

Sandra said she initially thought the magazine's honour was "ridiculous"

Sandra Bullock was named the World's Most Beautiful Woman for 2015 by People magazine on Wednesday, following in the footsteps of Gwyneth Paltrow, Julia Roberts and last year's Lupita Nyong'o.
The 50-year-old Oscar winner, a Hollywood veteran known for her self-deprecating humour, said she initially thought the magazine's honour was "ridiculous."
"Real beauty is quiet, especially in this town," she told People.
It was more important to "be a good person, be a good mom, do a good job with the lunch, let someone cut in front of you who looks like they're in a bigger hurry," she added.

"The people I find most beautiful are the ones who aren't trying," she told the magazine, adding that when told about the award "I just said, 'That's ridiculous.'"

Sandra won the Best Actress Oscar in 2010 for The Blind Side - the same year she was crowned top of the flops at the Razzies for her role in the box office bust All About Steve.

In a rare but popular move, she actually turned up to collect her trophy at the annual eve-of-Oscars spoof which pays homage to the very worst of Hollywood.

Other past winners of People magazine's Most Beautiful awards include Cindy Crawford, Mel Gibson and Leonardo DiCaprio.