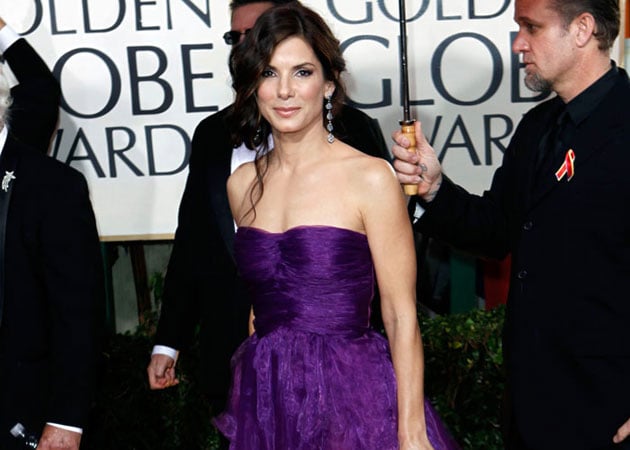 Sandra tops Forbes 2014 list of the highest-earnings actress with an estimated $51 million in earnings between June 2013 and June 2014.

The Blind Side actress Sandra Bullock heads the list of Hollywood's best-paid actresses, beating out Jennifer Lawrence and Jennifer Aniston, according to a new ranking published by Forbes magazine. (Also read When Sandra Bullock Locked Herself Up After Spotting Intruder )
"Gravity star Sandra Bullock didn't win for Best Actress this year but she did walk away with tonnes of money. Thanks mostly to Gravity, Sandra tops our 2014 list of the highest-earnings actress with an estimated $51 million in earnings between June 2013 and June 2014," Forbes said.
Second place this time around went to Jennifer Lawrence, who at 23 has pocketed $34 million thanks to her participation in The Hunger Games, followed by Jennifer Aniston, with $31 million.
The fourth place in the ranking goes to Gwyneth Paltrow, with earnings of $19 million, just ahead of Angelina Jolie and Cameron Diaz, both with $18 million, and Scarlett Johansson, who earned an estimated $17 million.
The list of the 10 best-paid actresses is rounded out by Amy Adams, Natalie Portman and Kristen Stewart.
The magazine emphasized that women continue to earn much less than their male colleagues in Hollywood, with the 10 best-paid actors together banking around $419 million compared with $226 million for the 10 highest-earning actresses.