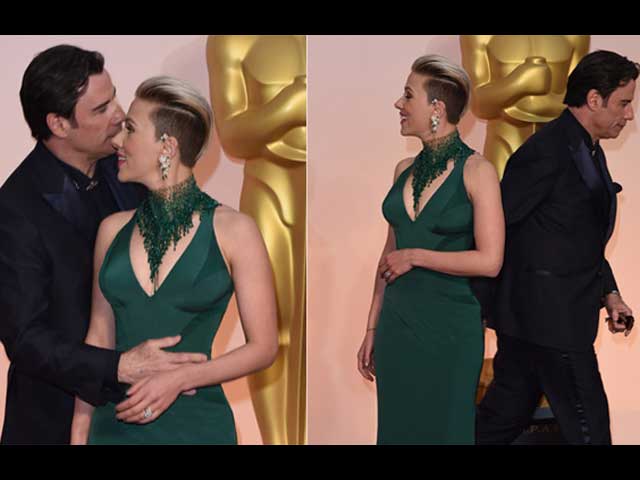 Scarlett and John Travolta at the Oscars (Image courtesy: AFP)

"It is always a pleasure to be greeted by John Travolta, said Scarlett

Actress Scarlett Johansson has spoken out to defend John Travolta, stating there's "nothing creepy" about the actor.

Greeted on the red carpet at Oscars by a kiss from Mr Travolta, the exchange looked awkward, but Johansson insists it was a "pleasure", reports femalefirst.co.uk.

"(I haven't seen) John in some years and it is always a pleasure to be greeted by him. The image that is circulating is an unfortunate still-frame from a live-action encounter that was very sweet and totally welcome.

"That still photo does not reflect what preceded and followed if you see the moment live, there is nothing strange, creepy or inappropriate about John Travolta," read a statement released by the actress.