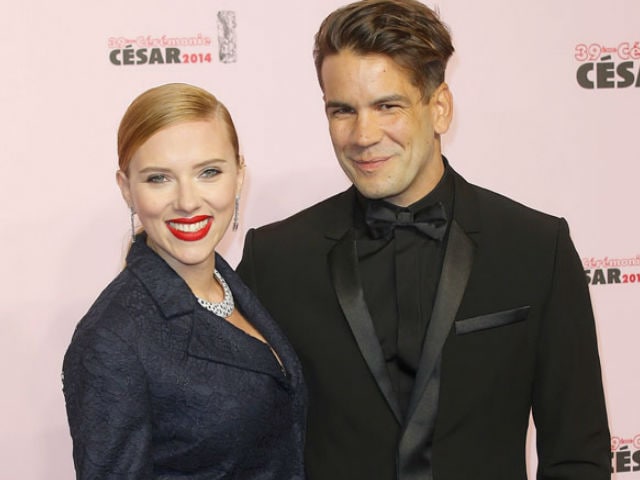 A file photo of Scarlett Johansson and Romain Dauriac

Hollywood actress Scarlett Johansson is gearing up for a custody battle for her daughter from her estranged husband, Romain Dauriac, whom she is divorcing, reports The New York Post. Ms Johansson has reportedly "sued" her Mr Dauriac in Manhattan Supreme Court citing their marriage is "irretrievably broken." According to a report published in The New York Post, Mr Dauriac will fight for the custody of their 3-year-old daughter, Rose Dorothy Dauriac. He plans to move to France with Rose, his lawyer told the court, reports The New York Post. Scarlett Johansson, 32, and Romain Dauriac, 34, got married in 2014 and the Avengers star announced they've separated two months ago.
Romain Dauriac attorney, Harold Mayerson, told the Daily: "He would like to move to France with his daughter and Ms. Johansson does a lot of traveling. It will be an interesting process," he said of the unfolding divorce drama, declining to comment further."
Soon after Ms Johansson separated from and Mr Dauriac after the Lucy actress decided "she didn't have that much in common with her husband," according to US Magazine. The former couple also had an "informal co-parenting agreement" in which they got a week each with Rose.
Scarlett Johansson was earlier married to Deadpool star Ryan Reynolds from 2008 to 2011.
Meanwhile, Scarlett Johansson was last seen in 2016 film Captain America: Civil War in which she plays the role of Natasha Romanoff aka The Black Widow. Her upcoming films are Ghost in the Shell, Rock That Body, Avengers: Infinity War and Isle of Dogs.