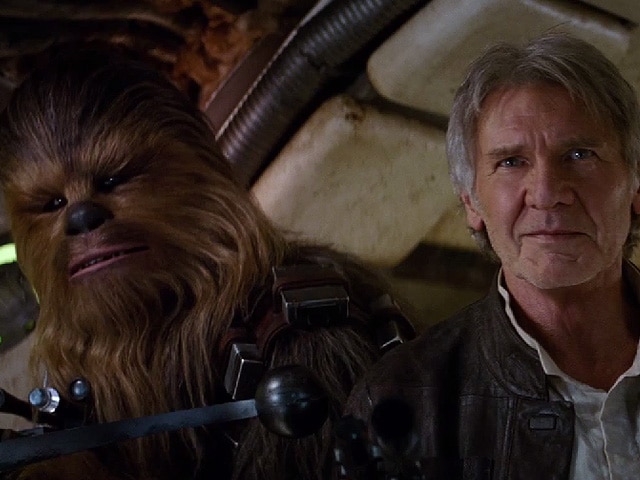 Harrison Ford as Hans Solo in a still from Star Wars: The Force Awakens

The movie will focus on "how young Han Solo became the smuggler, thief, and scoundrel whom Luke Skywalker and Obi-Wan Kenobi first encountered"

Lucasfilm has revealed that the yet-untitled standalone Star Wars spin-off will focus on an original story about young Han Solo, reported Ace Showbiz. The movie will be directed by The Lego Movie co-directors Chris Miller and Phil Lord.
The Han Solo spin-off was initially one of the first films in the Star Wars Anthology series. However, now Gareth Edwards' Rogue One, will release before this in December next year. The second film is set for a release in the US on May 25, 2018.
The Chris Miller and Phil Lord-directed film will focus on "how young Han Solo became the smuggler, thief, and scoundrel whom Luke Skywalker and Obi-Wan Kenobi first encountered in the cantina at Mos Eisley."
Although Chris Miller and Phil Lord often both direct and write the screenplay of their projects, this time, writers Lawrence Kasdan and his son Jon Kasdan have been roped in for the script.
Lawrence Kasdan has worked for movies like Empire Strikes Back, Return of the Jedi, Star Wars: The Force Awakens and Raiders of the Lost Ark.
Meanwhile, the co-directors are very excited to work on the project which has "plenty of great characters".
"This is the first film we've worked on that seems like a good idea to begin with. We promise to take risks, to give the audience a fresh experience, and we pledge ourselves to be faithful stewards of these characters who mean so much to us," they said.
They also said that working on the project was like "a dream come true".
The film's executive producers will be Mr Kasdan and Jason McGatlin and it will be co-produced by Will Allegra.