Shahid Kapoor's brother Ishaan Khattar shared the first poster of Beyond The Clouds on Instagram. 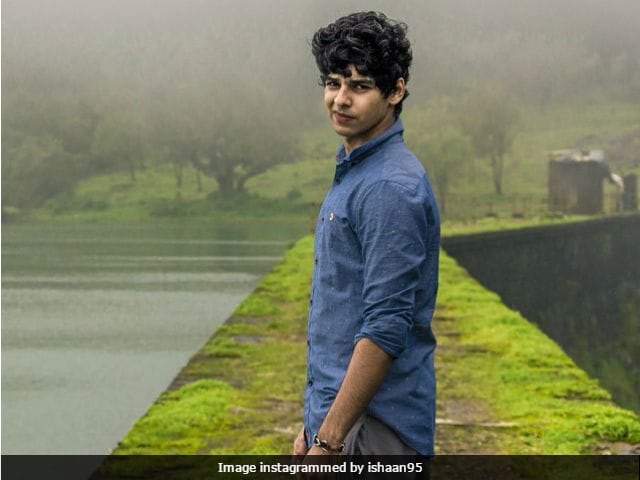 Shahid Kapoor's younger brother Ishaan Khattar is all set to make his big screen debut. The 21-year-old actor will be seen in Iranian filmmaker Majid Majidi's Beyond the Clouds, which is set in India. Ishaan recently shared the film's first poster on social media. The film's poster was unveiled during the 67th Berlin International Film Festival which was held on February 9. The poster shows a young man standing alone at the river bank gazing at the birds during sunset. The Udta Punjab actor also posted on social media to convey his best wishes to his brother. Beyond The Clouds is jointly produced by Zee Studios and Eyecandy Films.
Here's the first look of the poster shared by Ishaan:

In a statement to news agency IANS, Akash Chawla of Zee Studios and Shareen Mantri Kedia of Eyecandy films said: "This poster is Majidi's vision for the film and his special showcase of India seen from his lens and sets the tone of the project that the viewers can look forward to."
The launch of the film was held on January 22. Ishaan's mother Neelima Azeem and the Shahid Kapoor were a part of the event. The 35-year-old actor had also posted a picture of himself with Ishaan on Instagram, captioned: This one's ready to fly.
Check out Shahid Kapoor's post here:


This ones ready to fly. Make us proud @ishaan95

Beyond The Clouds is Majid Majidi's first ever film to be shot in India. The music of the film will be composed by AR Rahman. Earlier, Deepika Padukone had given a look test for the film; however, she is not a part of the cast. The leading lady of the film is yet to be finalised.