Sienna Miller, Bradley Cooper May Star in That Other Film Called Chef 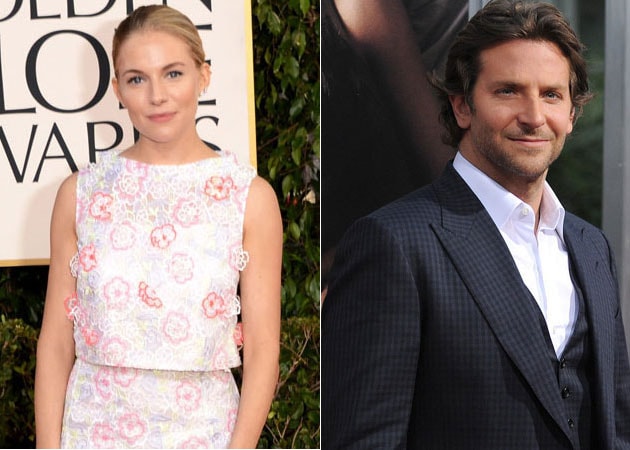 Sienna Miller and Bradley Cooper have just wrapped the shooting of American Sniper.

The second Chef movie will be directed by August: Osage County's John Wells in collaboration with The Weinstein Company.

Hollywood isn't happy with just one movie named Chef, despite the combined charms of Scarlett Johansson and Sofia Vergara. Chef #1, directed by and starring Jon Favreau (in addition to ScarJo, Sofia, Robert Downey Jr and Dustin Hoffman) has been warmly welcomed at the American box office, and now Chef #2 - no connection to Chef #1 - is a work-in-progress as well.
The second Chef movie will be directed by August: Osage County's John Wells in collaboration with The Weinstein Company. (Also read: Bradley Cooper still in love with Suki Waterhouse )
The film, written by Eastern Promises writer Steven Knight, is the story of a chef who collects crew members and aims to open the best restaurant in the world.
Mr Wells wants to cast actors Sienna Miller and Bradley Cooper, who have just finished shooting for American Sniper, opposite The Intouchables star Omar Sy. (Also read: Has motherhood changed Sienna Miller's priorities? )
Michael Shamberg, Stacey Sher and Erwin Stoff will co-produce the film, reports Variety.
Jon Favreau's Chef , which released on May 9, is the story of a chef fired by his restaurant owner-boss who ends up starting a food truck.
And because you can never have enough movies about chefs and food, there's also French movie Le Chef, featuring Jean Reno.